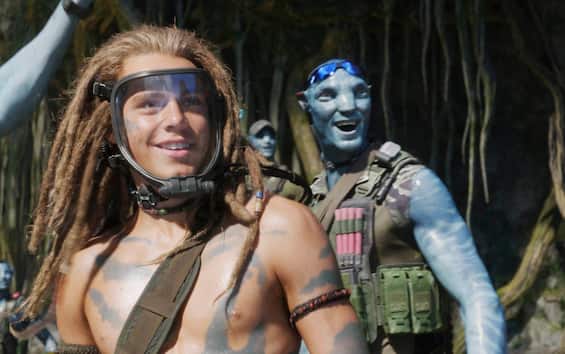 While Avatar 2 – The way of the water march towards half a billion dollars at the box office in the United States, maintaining the top of the most watched films in the weeks of the Christmas holidays also in Italy, James Cameron and the makers of the sci-fi adventure film celebrate by unveiling the making of of the sequel to the 2009 blockbuster, the production of which required, as is known, a good thirteen years from the release of the first film.

Moviegoers who have seen the film in theaters will have had the opportunity to appreciate the extraordinary work that went into fine-tuning Avatars 2 that since the first scene confirms the high expectations which, over the years, had been created around James Cameron’s film.
If it is true that the master of visual effects is, in fact, able to reproduce anything on the big screen, he did not want to waste time and, together with volume two he also shot the third and part of the fourth to avoid what is now known in the industry as “effect Stranger Things”, that is, adults who find themselves playing children.
Jack Champion, who plays the young Spider in the film, confirmed the alienating effect of seeing that he appears a little different in the same film, due to the fact that some sequences were shot two years apart.

Filming in the water

In Avatars 2 a lot of the shooting was performed underwater or on the surface of the water and, also in this sense, Cameron is a pioneer of spectacular scenes. The realism of these parts of the film was obtained by shooting in a real tank of water so large that it had to simulate the mass of liquid present in an ocean. The actors have been practice holding your breath long enough to shoot scenes lasting several minutes. Among the best, Kate Winslet who demonstrated considerable skill.
James Cameron was able to study the quality footage in real time thanks to the work of his virtual camera and to that of computers which offered data from two distinct volumes, one created for underwater shots, the other for those on the surface.

Avatars 2 exploit the performance capture thanks to which Cameron was able to choose the best interpretations of the members of his cast, which he shot for eighteen months, to edit the shots made with the Virtual Camera. Only after that did the Wētā FXthe New Zealand company that also made the first one Avatars.


Photorealism not only of the interpreters

After Avatars of 2009, already extraordinary in the way the expressions and facial movements of the actors were captured, it took at least five years to update the software to bring back to the screen with extreme photorealism even the scenarios and Pandora settings that in Avatars 2 they are more spectacular than ever.
Even the photographic part is the result of an extraordinary one mix between real and virtual shots in which every variation of light and shadow faithfully respects what the human eye would capture in the real world. The same principle was adopted for the costumes made largely from life by costume designer Deborah L. Scott. Intricately detailed with shells, fringes and beads required a lot of work throughout the moving scenes.