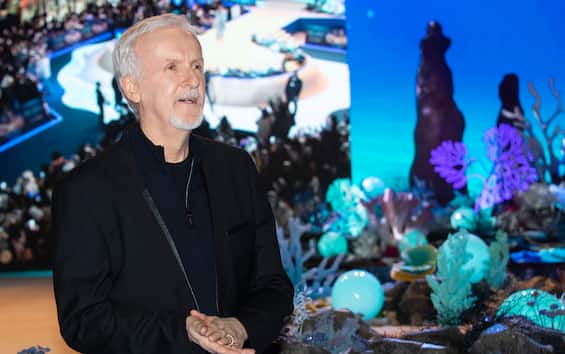 From December 14 Avatar: The Water Way, the new film by James Cameron that brings audiences from all over the world back to Pandora, the home of the Na’vi surrounded by nature, is in cinemas. It is not easy to notice any editing cuts in a film which in its final version still lasts almost three and a half hours, yet the director has decided to eliminate ten minutes of footage showing armed clashes. “I didn’t want to fetishize the gun,” Inn said in an interview with Esquire Middle East.

“I actually cut out about 10 minutes of the film that was targeting the action of a shooting,” Cameron said, adding, “I wanted to get rid of some of the ugliness, to find a balance between light and dark. You have to have a conflict, of course. Violence and action are the same thing, depending on how you look at it. This is every action director’s dilemma, and I’m known as an action director”. However, he has stated that he dislikes the influence of guns in today’s society and this has made him develop a certain distrust of the effects of gun violence in films.

Looking to the past

“I think back to some movies I’ve made and I don’t know if I would want to do that movie right now,” Cameron said. “I don’t know if I would fetishize the gun, like I did in a couple of Terminator movies over 30 years ago, in our current world. What’s going on with guns in our society makes my stomach turn.” news stories in the United States often denounce the gun problem as a real scourge that threatens ordinary people every day Shootings and sudden stabbings have occurred in shopping malls, in schools and on the streets of the suburbs and large cities in America capturing the attention of the media and politicians who wondered about the methods to be adopted to find an adequate solution.” I am happy to live in New Zealand, where they just banned all assault rifles two weeks after that horrific mosque shooting a couple of years ago”.

A Terminator without weapons?

There has been talk from time to time of a possible new Terminator chapter and, in this regard, James Cameron has said that, if the film is made, he will take a different approach. “If I were to do another Terminator movie and maybe try to relaunch that franchise, I would do it much more focused on artificial intelligence rather than evil robots gone berserk,” he told the Smartless podcast.