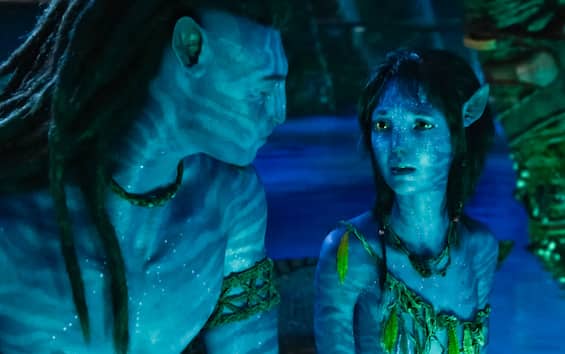 The first movie Avatars revolutionized cinema more than a decade ago with never-before-seen special effects that captivated audiences around the world. For this there is great anticipation for Avatar – The way of waterthe second film set on Pandora also directed by James Cameron and at the cinema in Italy from 14 December. A few days after its release, one was published online new IMAX featurette which shows something more of this new adventure of Jake Sully and his family with Neytiri.

In the featurette of Avatars 2 some cast members share their opinion about this new movie. “Jim is very good at raising the stakes” said Sam Worthington referring to Cameron that he has always been a pioneer of cinematic technique with his works as a director. “If you think you’re going to see a rehash of the first film, that’s not the case at all,” he added. Zoe Saldana, also back in the cast, explained how Cameron was able to elevate the knowledge and love of fans for Pandora: “Pandora in this new film is a world of its own and I felt like I was rediscovering it all over again”. Ever since the trailer it has been pointed out that Avatar – The life of water it will focus on the concept of family and in fact we see Sully’s children in moments of tenderness, play and affection.

Avatar – The way of water: the plot of the movie

Jake Sully and Neytiri have started families and live peacefully on Pandora with their children. They want to explore their world, but new conflicts are coming with humans and the couple will have to make difficult decisions and also deal with family and marriage problems. The cast will also include Kate Winslet, Sigourney Weaver, Edie Falco, Michelle Yeoh, Vin Diesel and Giovanni Ribisi.

The future of Avatars it depends on this movie

The first Avatars swept away the film competition with almost 3 billion at the global box office, therefore the expectations for the surrender of this Avatars 2 I am very tall and the reception of this new film will mark the future of the franchise. James Cameron and the production have in fact announced that if this sequel does not give the desired result, the next scheduled films of the saga will no longer be made.