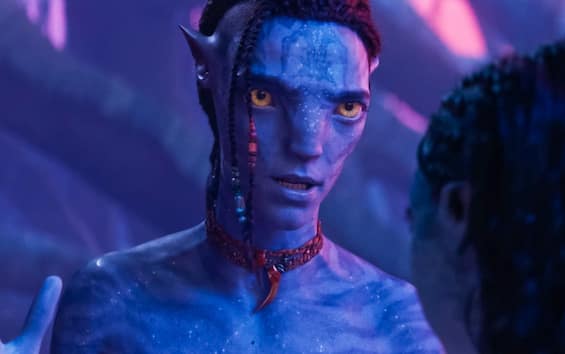 The Weekend gave a taste of new music linked to the soundtrack of James Cameron’s highly anticipated sequel, Avatar – The Way of Water. In cinemas since December 14, 2022, the new film of the successful franchise is attracting a lot of attention and an update or preview of the adventures taking place in Pandora arrives online every day. The Weekend has published a short clip showing the film’s logo and the American release date, December 16, with background music featuring a choir and drum beat reminiscent of James Horner’s score for the former Avatars.

The Weekend for Avatars 2

In response to this video shared by The Weekend, themovie official account Avatar – The Way of Water, retweeted the post, and Jon Landau, producer of the film, posted a clip alongside the one from The Weekend writing: “As the Na’vi say, ‘Zola’u nìprrte’ soaiane Avatar’…Welcome to the Avatar family”. The Weekend was also recently featured on Metro Boomin’s latest album, which featured performances from $AP Rocky, Travis Scott, Future and the late Takeoff.

Avatar – The Way of Water: the official synopsis

Written by James Cameron, Rick Jaffa and Amanda Silver, Avatar – The Way of Water is set more than ten years later the events of the first film. It begins to tell the story of the Sully family (Jake, Neytiri and their children), the danger that follows them, how far they are willing to go to keep each other safe, the battles they fight to stay alive, and the tragedies they face. In the cast we find Sam Worthington, Zoe Saldaña, Sigourney Weaver, Stephen Lang and Kate Winslet.

A budget to scream

James Cameron has been working on the new chapters of the science fiction franchise for years, experimenting with cutting-edge techniques. The budget used for this second film is around 250 million dollars, therefore the director and the production aim to record the highest grossing in history to justify this expense and have the green light to continue the adventure on Pandora with two other films . Avatar – The Way of Water is ready to conquer the box office this holiday season with a assumed gross amount of approximately 150 million dollars.