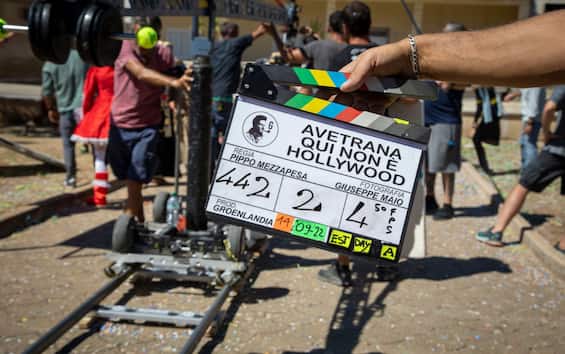 I’m shooting started in Puglia from Avetrana – This is not Hollywoodthe new Italian TV series directed by Pippo Mezzapesa based on the Avetrana crime which has had a huge media impact across the country. Disney + broke the official news. The series will consist of four episodes of 80 minutes who will tell the story of Sarah Scazzi’s murder from the point of view of all the characters involved: Sarah, Sabrina, Michele and Cosima. A story with several voices to try to reconstruct what happened and better understand one of the most famous and intricate cases of Italian crime news ever. The director also wrote the screenplay together with Antonella Gaeta and Davide Serino with the collaboration of Flavia Piccinni and Carmine Gazzanni. The series is produced by Greenland and will also be visible on Sky Q and via the app on the Now Smart Stick.

What happened that August 26, 2010 in Avetrana, a small town in Salento? A 15-year-old girl leaves the house and disappears into thin air, her name is Sarah Scazzi. The searches begin and the whole country is besieged by the media who begin to hypothesize what happened and to make hypotheses about possible suspects. Her cousin Sabrina, a beautician, was waiting for her to go to the beach and Sarah never came. 42 days after her disappearance, her body is found at the bottom of a well and the case becomes a real horror reality show between secrets, silence, grudges and violence. The series is taken from the book Sarah: the girl from Avetrana written by Carmine Gazzanni and Flavia Piccinni, published by Fandango Libri.

The cast of the series Avetrana – This is not Hollywood

Cosima Misseri will be played by Vanessa Scalera, while Michele Misseri will have the face of Paolo De Vita. Federica Pala will play the role of the victim Sarah Scazzi, while Giulia Perulli will be her cousin Sabrina. In the cast also Imma Villa as Concetta Serrano, Anna Ferzetti as the journalist Daniela and Giancarlo Commare in the role of Ivano Russo.

Disney + productions on the rise

In the EMEA region alone, Disney’s International Content and Operations team plans to produce 60 local productions by 2024, continuing to collaborate with world-class creators and top-tier producers, as part of the Company’s commitment to design, develop and manufacture high quality original productions all over the world.