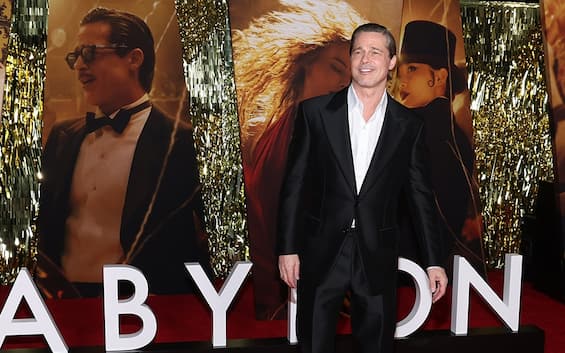 Ambitions, excesses, outrages, but also irony and unbridled ambiguity. The transition from silent to sound cinema in Hollywood in the 1920s was above all this. Director Damien Chazelle (Oscar winner in 2017 for La La Land) tells it with passion and an all-encompassing vision in Babylon. The film illustrates the rise and ruinous fall of multiple characters who move in that unbridled era in which the concept of depravity was very much in fashion. The cast includes Margot Robbie, Toby McGuire, Olivia Wilde, Diego Calva and Brad Pitt. Here’s what the American star (who plays Jack Conrad, an actor at the height of success) said to the cameras of Sky TG24

Babylon, the words of Brad Pitt

“I wasn’t sure if I was right for the character, but I wanted to work with Damien Chazelle. But I would say that all of Damien’s works are very well written and you just have to go with the flow of each character and follow the director’s vision. That’s enough to make a good work. I’m excited for this film which I find is perfect for the big screen and for a collective viewing experience. It’s very rock and so many things happen. There is chaos and confusion and beautiful characters who cross paths and find and not find themselves themselves. I think it’s a beautiful and poetic film”.

Babylon, the plot of the film

The lively and strong-willed Nellie LaRoy (Margot Robbie) lands in Hollywood with the desire to become a movie star. Even her friend Manny Torres (Diego Calva), an aspiring Mexican actor, would like to follow the same path but agrees to start as assistant director. The two aspiring stars begin to frequent the world of American showbiz and they know stars the likes of Jack Conrad (Brad Pitt). But soon the two young women will have to learn to juggle scandals, drugs, sexual abuse, vices, complaints, excesses, waste and mysteries that occur in the Hollywood environment of the 1920s.