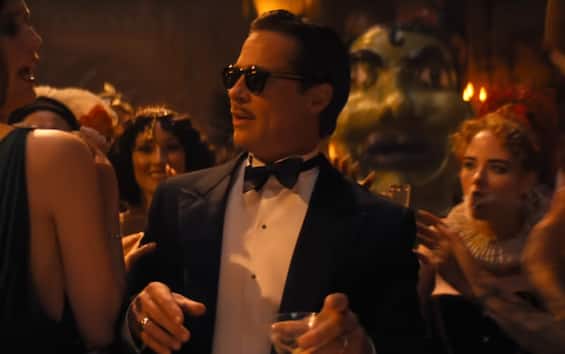 The new trailer is out Babylonthe highly anticipated film directed by Oscar-winning director Damien Chazelle and with two stars in the main cast of the caliber of Margot Robbie and Brad Pitt.
This new teaser video offers a juicy taste of the adventures of Jack Conrad (Brad Pitt), movie superstar who throws parties in style The Great Gatsby and Nellie Laroy (Margot Robbie), a talented young actress whose exuberance will be her one-way ticket to Hollywood.

“If you could go anywhere in the world, where would you go?”, this is the question with which the character played by Margot Robbie also opens this new trailer, as it was for the previous promotional videos.

Unlike the other trailers though, this new footage from Babylon delves deeper into what awaits us on the big screen, showing an even crazier and more debauched universe than what we had been presented with before.

Margot Robbie – who recently said she was at ease with the nude scenes filmed for this film – takes us hand in hand in a Hollywood made up of excesses, recklessness and even violence. Many parties seasoned with revelry, a lot of unbridled sex, various glimpses of life on the set in which you have to manage the hangover from the night before.

This new trailer is divided into two acts, as we could define them: in the first part of the movie we see Nellie euphoric, in the fullness of her will to live; in the end, however, that character proves to have changed, and she doesn’t seem to be doing well at all, on the contrary.
The focus of the new film is once again she, Nellie, the first woman around which the characters played by Diego Calva, Brad Pitt and Tobey Maguire revolve.

You can watch the new official trailer of Babylon in the video that you find above, at the head of this article.

Babylon will arrive in Italian cinemas on January 19, 2023. The protagonist Margot Robbie defined the film written and directed by Damien Chazelle (former director of La La Land And Whiplash) as the craziest ever. Even crazier than The Wolf of Wall Streetto be clear… And that’s all.
The film has been described as “a story of outrageous ambition and outrageous excess, tracing the rise and fall of multiple characters in an age of wanton decadence and depravity in glittering Hollywood.”

The plot is set in an era that is unknowingly about to enter the introduction of sound, a radical change that would soon destabilize and overturn everything status quo of the film industry. We are in the 20s branded Los Angeles.

The film was written and directed by Damien Chazelle. As for the soundtrack of the film, as has already happened for many other titles by the director, Justin Hurwitz (already collaborator of Chazelle for the soundtrack and songs by Whiplash And La La Land).

You can watch the new official trailer of Babylon in the video that you find above, at the head of this article.