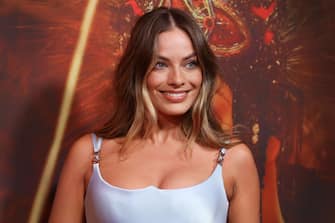 Margot Robbie eventually replaced Emma Stone in the role of Nellie LaRoy. The character of the aspiring star is inspired by Clara Bow, the most representative sex symbol of the jazz age

Babylon, Chazelle at SkyTG24: “Cinema is my drug”

For the cinema, the Twenties are those of the transition from silent to sound. This in some ways even traumatic change is well represented by the character of Jack Conrad. Brad Pitt plays a star for whom the “discovery” of the voice in the cinema is equivalent to the decline of his career

Babylon, the interview with Brad Pitt of SkyTG24

Diego Calva said he spent over a year sending self-registered proofs to the production of Babylon before being chosen. In the end he found himself in a similar situation to his character: like Calva, Mexican immigrant Manny Torres is also an outsider in Hollywood, an actor who acts as a link between the public and the world of Babylon

Babylon, the looks of the premiere

Jovan Adepo as Sidney Palmer, a musician who takes advantage of the arrival of sound to make a fortune in the world of cinema

Jean Smart lends her face to Elinor St. John, the sharpest pen in Hollywood, the gossip journalist who with her words can make or break a career

Babylon, after the first screening for the press the film is already dividing

After returning as Spider-Man, Tobey Maguire is now ready to take on a new challenge. It was he himself who established himself for the role of the film’s antagonist, the menacing mafia boss James McKay (who also dreams of entering the world of cinema)

Max Minghella plays the role of a real man, the producer Irving Thalberg

Samara Weaving is here the alter-ego of Constance Moore, a rival actress of Nellie