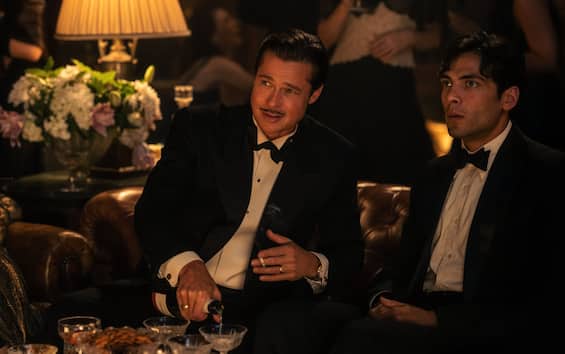 The project of Babylon it is particularly ambitious but we have to wait a few more months before seeing the new work of the Oscar-winning director at the cinema Damien Chazelle. And so, while the expectation grows among cinema enthusiasts to discover new details about the plot and the settings, the first photos of Brad Pitt and Margot Robbie who, together with Diego Calva, will be the absolute protagonists of the film. It is impossible to understand something concrete from the first images that were released, however it can already be understood that the director’s goal is to revive the golden age of Hollywood.

The first photos of Babylon

One of the elements that emerges most strongly from the images released in the preview is the care taken in the photography of the film, capable of accurately recalling the atmosphere of the years in which Chazelle decided to set his film. L’allure that envelops the images, however, must not be misleading, because the aim is to underline the rapid changes that occurred in that period and the price that society and cities have had to pay for that development. “I was really fascinated by the human cost of a transformation of that magnitude, at a time when there was no timetable and everything was new and primitive,” explained Chazelle in an interview with Vanity Fair.

The plot of Babylon

The idea of ​​making this film came to Damien Chazelle years ago, when his profession and his passion led him to live in Los Angeles. A few years later, with other films added to his game bag, the director finally had the courage to try his hand at this grandiose project as well. “The idea was to make a great epic, multi-character film set at origins of Los Angeles and Hollywood, when they were both becoming what we think of them today, ”explained the director. The choice of Pitt and Robbie for the main roles in this film was almost natural: “Both have been able, known and wanted, as never before, to convey to the characters they played part of their personal experience”.