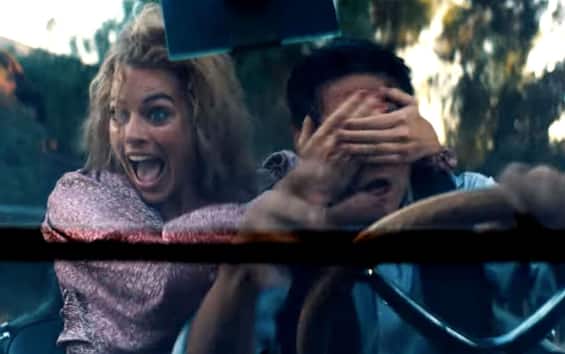 The production of Babylonnew film in theaters from January 2023, has released the first trailer of the film directed by Damien Chazelle. For the director this is the return to theaters after a 4-year stop and he has decided to do it in a big way, proposing to the public a story of love and redemption set in Los Angeles in the 1920s, when the city was pervaded by the intoxicating and stimulating atmosphere of cinema making its way to the west coast. Chazelle has chosen to return to the cinema in grand style with a film with very high ambitions, which traces the stories of the actors of the golden agebetween sudden climbs and equally rapid and sudden collapses.

Chazelle’s ambitions with this film are fully evident from the trailer, in which the director has chosen to present the protagonists to the public. In the Italian version of the first trailer, Jack Conrad and Nelle LaRoy are presented, two characters who will play a leading role in the events of Babylon and that they are both related, albeit in different ways, to the character of Diego Calva, that is Manny Torres, one of the main protagonists of the film. The trailer provides important insights into what viewers should expect from Babylon, a film in which music and emotions alternate and sometimes coincide. All in an opulent setting typical of the golden age, among the luxuries that dominated that historical period, especially in the environments connected to the cinematic ones. Forfeiture, depravityand ambitions were the elements that characterized the whole period, marked by scandals and excesses that are still remembered today and, sometimes, mythologized.

Cast and plot of Babylon

The plot is intertwined in an overbearing way with the vicissitudes of the three protagonists and with their relationships. The director wanted to look closely at the life of the stars, of those who are hired almost like divinities by the general public, but who are actually characterized by all human frailties, often even more evidently than “mere mortals”. Their weaknesses they are often masked in public but Chazelle’s eye pushes into the tried and tested of those characters, showing unusual aspects for those who limit themselves to seeing only the golden patina of the glittering world of cinema. The cast features the main actors of Hollywood of this period, in particular Brad Pittwho plays Jack ConradMargot Robbie who plays the role of Nelle LaRoy e Diego Calva is Manny Torres.