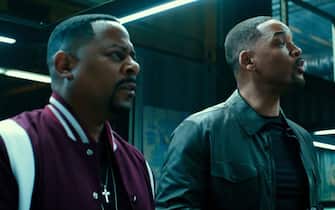 Bad Boys for Life is a 2020 action film, directed by Adil El Arbi and Bilall Fallah, the third installment in the saga of Bad Boys

WATCH THE VIDEO: Bad Boys for life, the trailer

The premiere of “Bad Boys for life” in Hollywood. PHOTO

Martin Lawrence co-stars and lends the face to Marcus Burnett

Will Smith, Bad Boys 4 is still in production

Bad Boys for Life, the review of the film with Will Smith

Also in the cast is Vanessa Hudgens as Kelly

Vanessa Hudgens: the photos of the actress

Bad Boys For Life, the plot of the film

Will Smith yesterday and today: that’s how he changed

There is also Massi Furlan in the role of Lee Taglin

Also in the cast is DJ Khaled alias Manny