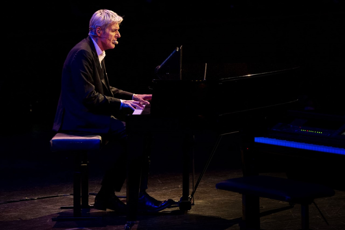 “In the past there was too much desire to put labels, I’ve never been an arsonist and now I’m not a fireman”

“There was a division, then you have to see if it was supported by authentic proofs or if it was the result of prejudice or other. But it is correct that there is a distance between one artist and another. In fact, I never thought I could get to achieve recognition such as the ‘Tenco Award’ but I find that being a lifetime achievement award it is a positive sign that it comes very late … Surely, for me it is not a revenge compared to what you want to define as a committed songwriter. “So Claudio Baglioni in Sanremo for the Lifetime Achievement ‘Tenco Award’.


For Baglioni, “there was a certain rush to label, to put a caption under a photo, perhaps due to the desire to change the world between the end of the sixties and the beginning of the seventies: there was a need to be very hasty, there were those who were militant and those who were not; it was stranger to declare what was ‘committed’ and what was not, the artistic work can also be independent of one’s civic activity. ‘committed’ and ‘not committed’… I have always tried to be a good musician. And having never been an arsonist, now I’m lucky enough not to have to be a melancholy fireman … “.

Returning to the ‘Tenco Award’, “I thought that I would never be invited to Sanremo to receive it, since I ‘messed up’ with the Sanremo Festival: a fact that bore badly, not in my favor, almost a test against – Baglioni jokes – It is rather surprising, also because the prizes, in addition to deserving them, you also have to win them … I hope that this award I have won is also deserved “.

Meanwhile Claudio Baglioni prepares a tour of 72 concerts in one hundred days, which he defines “a round, a musical event but also a competitive one, a real Giro d’Italia in stages but without the bicycle. They will all be debuts, because in this way I have the feeling of still being ‘fresh’ , always travelling”.

(of the envoy Enzo Bonaiuto)