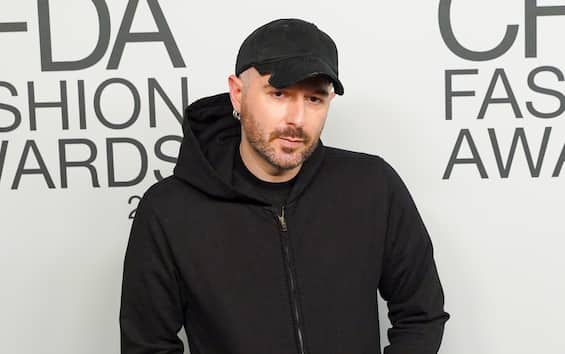 “It was a bad artistic choice.” Thus, in the end, the creative director of Balenciaga, Demna Gvasalia, apologized after having ended up in a spiral of controversy due to a series of advertising campaigns with a bondage-somasochistic theme, for which he was accused of having sexually exploited the image of the children protagonists. The images, in which children were holding teddy bears in fetish harnesses as in some bags designed by Balenciaga, have been withdrawn from circulation.

Demna Gvasalia: “It was not appropriate”

“It wasn’t appropriate to have children in photos promoting items that have nothing to do with them,” said the Georgian designer, who took over the reins of the fashion house in 2015, relaunching its popularity. Demna said she will work with child protection organizations “to help with the terrible issue” of child sexual exploitation. In recent days, the magazine business of fashion rescinded an award that was due to be presented on Dec. 1 to the fashion house’s creative director: “We hold the safety of children in the highest respect. The campaign images run counter to our values,” the magazine said, announcing the revocation of the Global Voices award.

Kanye West intervened in the matter today, the only one so far to defend Balenciaga. Despite being dropped in October by the fashion house for his anti-Semitic outbursts, the rapper and stylist – Kim Kardashian’s ex-husband – defended Demna Gvasalia on Twitter. “I’m on Balenciaga’s side and denounce any witch hunt. Child trafficking neither begins nor ends with a fashion campaign,” he wrote, posting a photo of himself in assault gear accompanied by another message: “Never turn our backs to Demna and the Balenciaga family for life. Cancel the ‘cancel culture'”. The rapper, who admitted in a third message that his pornography addiction had “ruined his family,” was then cut short when, after posting a tweet with a swastika inside a Star of David, Twitter’s new owner Elon Musk suspended his profile.

It all started with a Christmas commercial in which some children were holding teddy bears with fetish finishes, surrounded by other objects of the bdsm imaginary. Then another campaign, this time for Spring 2023, in which an Hourglass bag for Adidas rested on Supreme Court legal documents debating whether banning child pornography violated the First Amendment. It was later discovered that a book in the background of a third campaign celebrated a Belgian artist, Michael Borremans, who in 2017 created a series of paintings depicting naked children. On November 29, the maison apologized for the shock campaign, while for the one on spring ’23 with the documents of the Supreme Court, it explained that all the objects were supplied by third parties and that they are all fictitious in nature, and announced that filed a lawsuit seeking damages of $25 million for false association between the company and the subject related to the Supreme Court’s decision.

The stars against Balenciaga

The storm against Balenciaga has also materialized on TikTok, where some customers have posted videos in which they destroy the maison’s clothes, bags and shoes. Then it was the turn of Kim Kardashian, one of the brand ambassadors, who wrote on social media: “As a mother I was shocked by the disturbing images. The utmost consideration must be given to the safety of our children and any attempt to normalize child abuse must have no place in our society. At the moment—she concluded—I’m reconsidering my collaboration with the brand.” And second Tmz allegedly refused to participate in a new promotional campaign. Bella Hadid, on the other hand, has deleted the photos of her posing in the Balenciaga campaign from her social networks.