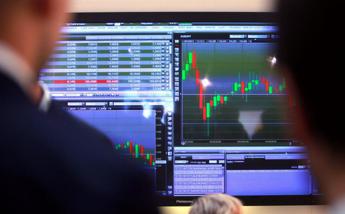 European prices closed in the red after the important update on US inflation in March marked the highest figure since 1981. Last month, consumer prices in the leading economy recorded + 8.5%, from + 7.9% previously, while the “core” index, the one calculated net of the more volatile components (such as food and energy goods), showed a + 6.5%.


Obviously this is a functional indication of the already announced acceleration of the normalization process of the cost of money which, starting from the next meeting, will begin to rise by 50 basis points (from the current + 25bps). Tensions for the markets have also come from China, where the “zero Covid” policy represents a continuous threat to growth, and, obviously, from Ukraine, where hopes for peace are diminishing.

On the Ftse Mib, which today stood at 24,667.27 points (-0.33%), the performance of securities in the banking sector stood out negatively: Bper Banca scored -3.19%, Intesa Sanpaolo a – 2%, Mediobanca reported -1.09% and UniCredit fell 3.86%. After the sale of the stakes in Commerzbank and Deutsche Bank, the market fears that the Capital Research fund, which holds more than 6% of Piazza Gae Aulenti, may divest other stakes in the banking sector.

The leap in oil, the future gains 6.5% reaching $ 104.9, allowed Tenaris to score + 3.23%, Saipem to rise by 1.27% and Eni to close with a + 0.51%. The Six-legged Dog has announced that it has signed an agreement to increase the quantities of gas arriving from Algeria through the TransMed / Enrico Mattei pipeline. “This agreement will use the pipeline’s available transportation capacities to ensure greater flexibility of energy supplies, gradually supplying increasing volumes of gas starting from 2022, up to 9 billion cubic meters of gas per year in 2023-24”, reports the company note.

Among the best performances of the main basket we also find that of Leonardo (+ 2.74%), driven by the improvement in the valuation announced by Deutsche Bank. Money also on Ferrari (+ 2.48%) and Cnh Industrial (+ 2.26%).

On the day the Treasury placed 6.5 billion euros of the new annual Bot, the BTP-Bund spread fell by one percentage point to 162 basis points. With requests for over 8.6 billion, the new Coupon was placed at -0.105%, +33 points compared to the previous appointment. (in collaboration with Money.it)