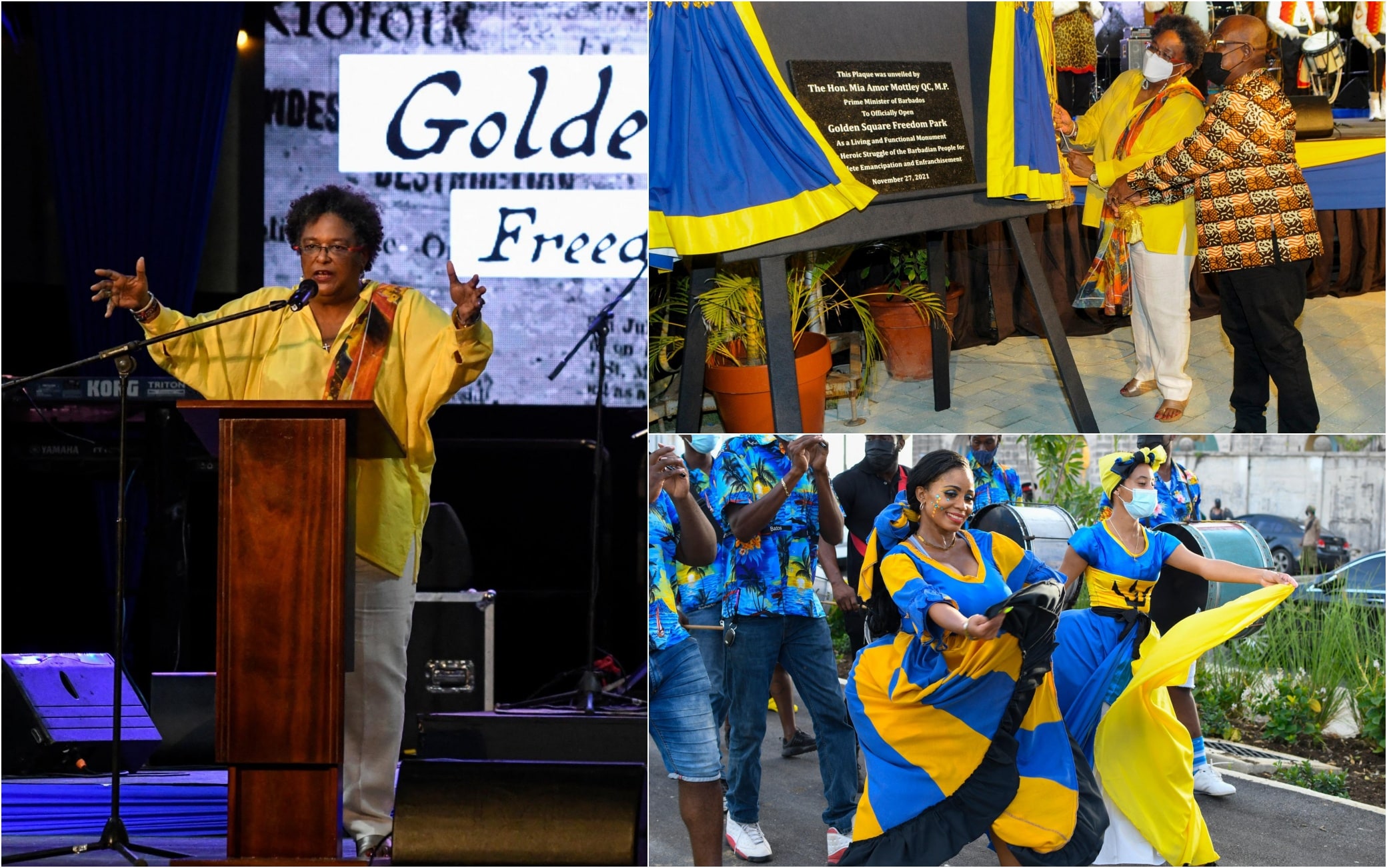 Barbados officially proclaimed itself a republic, removing Queen Elizabeth II from her title of head of state in a ceremony in the presence of her son, Prince Charles. During this ceremony, the British Royal Banner was withdrawn and Governor General Dame Sandra Mason was sworn in as the Caribbean island’s first president. The island of 287,000 inhabitants known for its paradisiacal beaches, its rum and for being the birthplace of world superstar Rihanna thus puts an end to four centuries of submission to the British crown. The new president was elected in October by direct universal suffrage.

Farewell to the British Crown

At the local midnight strike (5 am in Italy) Barbados has therefore become a parliamentary republic led by two women. In September 2020, the Caribbean micro-state unilaterally proclaimed the divorce from London and set the date of 30 November 2021 as the deadline for the constitutional change, coinciding with the 55th anniversary of independence from Great Britain, dating back to 1966. The Prince of Wales attended the ceremony at National Heroes Square representing the Queen as well as intervening in his successor role as head of the Commonwealth of which Barbados has been a member since 1966 and will continue to be a part. Upon his arrival at Grantley Adams airport, Prince Charles was greeted by Dame Sandra Prunella Mason, hitherto official representative of the British monarch on the Caribbean island as governor general, who was sworn in as president.

The words of Mason and Mottley

“We gained independence more than half a century ago. Now our country can have no doubts about its own self-management capabilities,” said the governor general in announcing her divorce from the British Crown. “The time has come to say goodbye to our colonial past. Barbadian citizens want a Barbadian head of state,” said 72-year-old Mason, a magistrate with a long political career, in office since 2012, elected president last month. “It was time to leave our colonial past completely behind,” Prime Minister Mia Mottley echoed in her last address to the throne last September. For the premier, trained at the London School of Economics and former president of the Caribbean Community, this epochal constitutional transition represents “an opportunity for the island to assert itself and show greater self-confidence”.

However, the birth of the parliamentary republic was accompanied by critical voices, fears for the future and political divisions. Among the most critical voices is that of Verla De Peiza, president of the Democratic Labor Party who accuses Mottley of “not having involved the other political forces and of not having made known the type of republic he has in mind”. For Reverend Guy Hewitt, an Anglican priest who was high commissioner of the island in London from 2014 to 2018, “the republican debate serves only to divert attention from the economic reality of Barbados, hit by the Covid-19 pandemic, precisely because dependent on tourism, in addition to the high level of unemployment and the skyrocketing cost of living “.

The controversy about Carlo

While Prince Charles is in Bridgetown, he is haunted at home by controversy over whether he may be the “racist of the Royal Family” – for wondering the skin color of Harry and Meghan’s children – according to revelations contained in a book. by Christopher Andersen entitled “Brothers and Wives: Inside the Privates Lives of William, Kate, Harry and Meghan”, out in the US.