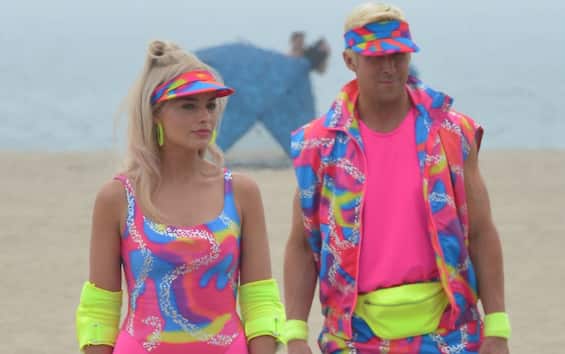 Lady Gaga has several dolls that imitate her appearance and there are several “Barbie Gaga” regularly marketed explicitly quoting the author of Poker Facand. On the other hand the artist herself had referred to that world in plastic doll, a song from 2020 in which he sang “Don’t play with me, you only hurt me. I’m bouncing off the walls, No, I’m not your plastic doll.” This last single would probably have been perfect for the long-awaited film about one of the most famous toys in the world, at least if re-interpreted in an ironic key. The authors of the film on Barbie however, they seem to have been more affected by another song featured in Chromaticthe 2020 album from which it was also taken plastic doll: the piece is Stupid love and, at least judging from the trailer, his music video must have heavily inspired someone involved in the film project.

To notice the similarity between the accompanying movie of Stupid love and the atmosphere of the latest trailer of Barbie the fans thought about it. On the internet it is now very easy to come across posts that compare more or less identical frames with extraordinary skill, pointing out how much similarity there is between the world evoked in Stupid love is that of Barbie. Gaga’s universe even seems to be a more “pastel” and colorful universe than the one shown by the film, creating a strange short-circuit in which it almost becomes difficult to recognize whether the one on the beach is Lady Gaga from time to time or Margot Robbie. What struck many was above all the almost complete overlapping of the frame in which Ken/Ryan Gosling with the one where a little sober Lady Gaga appears, immersed in an atmosphere that seems almost stolen in turn from the old Power Rangers series.

Be that as it may, no one knows for sure whether the quotes between trailers and video clips are conscious and intentional or whether they were just involuntary visual intuitions, perhaps daughters of the same suggestions introjected over the years. What is certain is that, in a trailer of Barbie which he quotes 2001: A Space Odysseyin the end finding a reference to Lady Gaga seems almost routine.