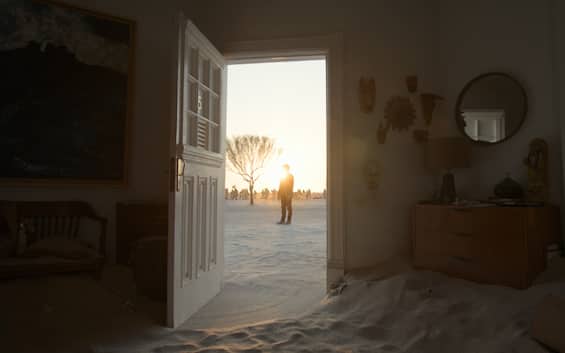 The Italian trailer of Bardo, the false chronicle of some truths. The version of the film that we will see on our screens will not be the same that was previewed at the last Venice Film Festival. The film chosen by Mexico to compete for the Oscars as best foreign film was shortened by almost half an hour after the Venetian screening, eventually covering a total playing time of “only” two hours and 32 minutes, excluding credits. However, the variations do not end with a different duration. The last minute changes have also affected the editing and the order of the scenes, an indication of how much the director has Alejandro González Iñárritu be attentive to the success of a project he has promised to devote himself to “until it comes out, to get the best possible film”. Because the author of Birdman do you care so much about your latest work? Probably because it is one of his most personal works of him ever.

false chronicle of some truths about the director

In the Italian trailer that has just been released, it is immediately clear when Iñárritu has put himself in this film, even if in the last preview we do not hear dialogues but only I Am The Walrus of the Beatles. The Fab Four song opens with the enigmatic verses: “I am him as you are him and as you are me and we are all together”, and it seems the perfect background to tell a film with a strong autobiographical component, where they tell the troubles of a person who finds himself coming to terms with his past. Bard brings back the author of The Revenant to shoot a feature film in his country, more than twenty years after that masterpiece it is Amores Perros 2000. The short circuit between the contradictions of the protagonist of the film Silverio and those of those behind the camera is immediately clear in this film, where memories of the past and feelings of guilt do not leave the freedom to enjoy success. We do not know if Iñárritu also shares the same imposter syndrome as his alter-ego, a successful journalist who returns to Mexico after years to receive an award he thinks he does not deserve, but certainly the film suggests blurring the lines between filmic reality and fiction more than once. The feeling is that even the Mexican filmmaker feels he has arrived at the right time to carry out an operation that has already been successfully attempted by other big names in the history of cinema.

Bard shares the starting point with another Latin American film capable of deserving international attention, The illustrious citizen of 2017. Unlike the Argentine film, however, the work of Alejandro González Iñárritu seems less interested on the outside, focusing more on the doubts and idiosyncrasies of the protagonist. For this reason, from the beginning, the film has been associated with the autobiographical reflection inherent in Fellini’s Half past eight and in his more or less legitimate “children”.

The work of the Rimini director has in fact already represented the touchstone for other illustrious colleagues of the Mexican author, all of whom at some point committed themselves to re-tie the threads with themselves. Paolo Sorrentino in The hand of God recently ventured into an operation of this kind, not too differently from what Alfonso Cuarón (a compatriot of Iñárritu) did in his acclaimed Rome of 2018.

It is no coincidence that all three of these filmic “self-analysis sessions” have found their home in the Netflix catalog, a streaming service that has the merit (and sometimes the fault) of giving more or less unlimited space and autonomy to visions of the most important filmmakers. Bard will arrive on the platform on December 16, after a rapid passage in the cinemas of some selected countries. Certainly it will cause discussion but, perhaps, Iñárritu is more interested in listening to the reflections that this work has given birth to in itself.