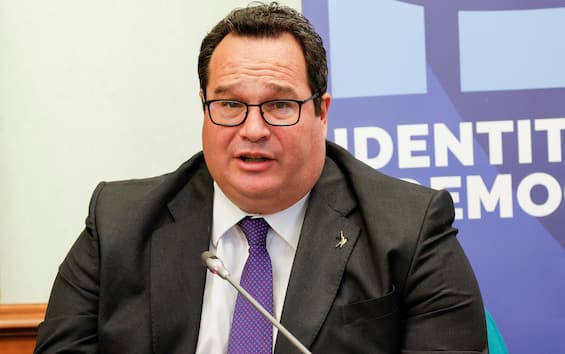 The Undersecretary for Labor and Social Policies intervened in defense of the amendment to the Maneuver which removed the term “congruous” in reference to the job offer to be accepted in order not to lose the subsidy. On territoriality, however, the Northern League reassured: “Stay”. Then the anticipation: “A special decree by mid-January”

Out of shields from the majority after controversy over the amendment to the Maneuver which eliminated the term “fair” from the regulation on Citizenship Income in reference to the job offer to be accepted in order not to lose the subsidy. The last to intervene in defense of the provision was the Northern League Claudio Durigon. “It’s only right for a graduate to accept a job as a waiter,” said the Undersecretary for Labor and Social Policies. Which he then revealed: “A special decree by mid-January”.

“According to the concept of a fair offer that we have in mind, it is right that any person, even a graduate, if they offer them a job to go and be a waiter, in case near home, accept it”. 24 Morning up Radio 24 Durigon expressed himself speaking of the amendment signed by Maurizio Lupi (We Moderates) passed yesterday in Parliament. Then he explained: “If one takes public money, I don’t think he can be picky about the job offer”.

The new decree and territoriality

“The government aims to bring home a decree in the second half of January that will affect the basic income”, the undersecretary also revealed, reassuring that the criterion of territoriality will remain in the text in question. “I would reassure Conte, because a person cannot go to Trieste for two days if he is from Naples “, he explained. For the rest, the line of the Northern League remains that already expressed by the government in recent days: “If the offer is in any case both within the time limits and close to home, the recipient he will have to accept it, this will be a theme that will certainly enter our decree.After which many things will enter, from training to matching in order to give the recipients answers and a different functionality”.