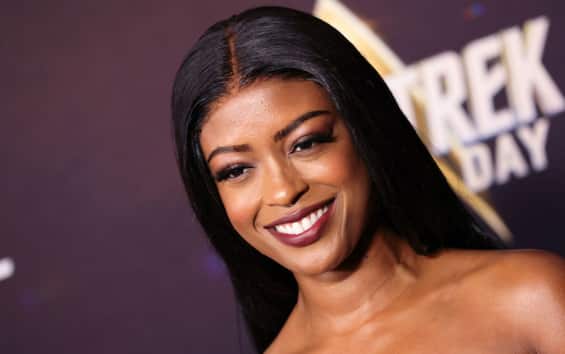 Batwoman it was only canceled six months ago. Now, however, its protagonist Javicia Leslie (PHOTO) could return with a surprise role. According to Entertainment Weekly, the actress would in fact be cast for The Flashthe series that will end in 2023 with the ninth and final season.

What do we know about Javicia Leslie in The Flash

Javicia Leslie will only be a guest star, or will be involved in several episodes of The Flash? To date it is not clear which character she will play: it is not certain, in fact, that she will return to play the role of Ryan Wilder / Batwoman. Protagonist of Batwoman 2 and 3, series in which he replaced Ruby Rose (PHOTO), Javicia Leslie had declared about the cancellation of the show: “I have long wanted a similar role: to be able to play it was an honor”. In The Flash, indeed, she had already appeared. She did it in the fourth part of the crossover Armageddon at the beginning of The Flash 8, in a potential future where Ryan and Sophie are married and cultivate the idea of ​​adopting a child. The shooting of The Flash 9 they should end in March. It will be a shorter season than its predecessors, with only 13 episodes airing in 2023. Last August, showrunner Eric Wallace said of the series: “Nine seasons: an exciting journey filled with heart, humor and entertainment. And now Barry. Allen reached the starting gate for his final race. ”Wallace then thanked the cast and crew, aiming to make the last season memorable.

What contributes Javicia Leslie, to make it memorable?

Will Leslie be Red Death?

According to some fans, Javicia Leslie could play the role of Red Death. Introduced in the comics in the event in Dark Nights: Metal by Scott Snyder Greg Capullo, Red Death has been mentioned several times over the course of The Flash (during the episode Memorabilia of season 5, a Flash Museum recording from the future says villain Cicada was more lethal than Red Death).

“If my schedule allows it, I will always be ready to return to Gotham. I mean, Batwoman is a part of me at this point. She is a part of my body. I think the most surprising thing is that she is a character that we created. She is not something that I have to act in, she is something that we have created with our spirit and our soul“ Leslie said about her return to the Arrowverse.