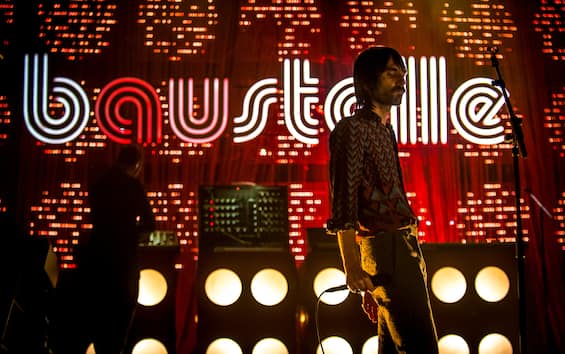 In 2023 there will be a great comeback: that of the Baustelle.
The group of Francesco Bianconi, Rachele Bastreghi and Claudio Brasini has just announced on social networks that it will hold five concerts in 2023. This news marks a great comeback, after the solo adventures of two of the three members of the band (Bianconi and Bastreghi). After four years of silence, the magical trio returns to perform together, in perfect harmony and synergy, it would seem.

“To laugh, cry, dance, hug. All together, a moment before the end of the world”, these are the words of the Baustelle written in the caption that accompanies the post with the first dates announced.
The band will return to live performances next May. The first dates announced so far are five, all organized in clubs.

At the bottom of this article you can look at the post shared on the Baustelle Instagram profile.

The pre-sale of tickets has just started, active from today, December 1st, on the Vivo Concerti website.

Not just a new tour: a new album is also on the way

In addition to the news of a new tour in sight, there is another important announcement to make: in 2023 Baustelle will release a new album, which will be released with BMG.

The last two recording efforts of the band are the two volumes of Love and violencereleased in 2017 and 2018 respectively.

On the net, the indie-pop band that boasts a twenty-year career and a very loyal audience has made interesting moves in terms of marketing strategy, finding a way to tease fans very well.

The first move was to completely empty their social channels, deleting any content prior to 24 hours ago. After that, Bianconi and his associates published a clip showing the behind-the-scenes of a photo shoot, which made their 50,000 followers suspect something.

Finally, the official announcement arrived a few hours ago, the one relating to the new concerts and new music that we will listen to in 2023.

Even the group logo has changed. Now it fits perfectly with the aesthetic renewal in a minimalist and contemporary key, a new trend that the Baustelles seem to have decided to embrace, abandoning the vintage imagery that had characterized them in the past.

The temporary stop of the group’s activity

In October 2018, the Baustelle announced that they would temporarily stop. After a concert in Turin on the occasion of the tenth anniversary of their titled album Amenthe group made the announcement: “We will be in hibernation for a while,” said the frontman, Francesco Bianconi.

From that moment on, two of the three members of the band (Bianconi and Bastreghi) undertook solo experiences.
Francesco Bianconi made his debut in 2020 with the album foreverfollowed by the cover album It happens released this year. Instead Rachele Bastreghi in 2021 released her first album, Psychowoman.