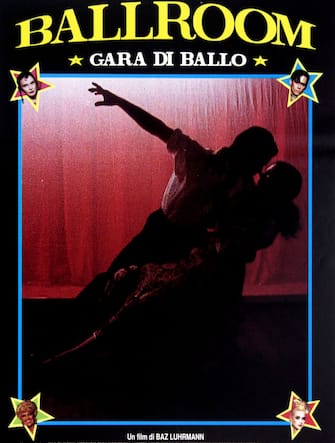 Baz Luhrmann turns 60. Director, screenwriter and film producer, he was born in Sydney on September 17, 1962. he He made his film debut as an actor, then devoted himself to the theater and finally moved behind the camera. In his career he has collected prizes, acknowledgments and applause from audiences and critics. To celebrate his birthday, here’s a rundown of his films

Ballroom – Strictly Ballroom, 1992. It is Baz Luhrmann’s debut film Behind the Camera, an adaptation of one of his plays created in 1987. It was presented at the Cannes Film Festival, in the section Un Certain Regard. Receives several awards, such as a Golden Globe nomination for best musical or comedy film. In this musical that talks about dances and love you can already see the characteristic features of the director, who already had a clear idea of ​​cinema ever since.

The plot of Ballroom – Competition of dance. A dance champion, Scott Hastings, dares unexpected steps during competitions and draws criticism from the Federation and his mother. The boy also wants to dance his way in the prestigious Pan-Pacific Grand Prix competition. When his partner abandons him, he begins training with a new partner, young Fran. Their performance will captivate the audience

DiCaprio photographed together with model Gigi Hadid. Is it the confirmation of the love story?

The plot of Romeo + Juliet. The film almost entirely re-proposes the events told in the Shakespearean tragedy, taking up texts and dialogues. What changes, however, is the context: the film is set in the postmodern era, with Verona becoming the Los Angeles suburb of Verona Beach in the 90s, the swords that are replaced by guns, the Montagues and the Capulets who are powerful families at the head of business empires at war with each other. To report the pop-rock-soul soundtrack with pieces from Garbage to Radiohead, from Kym Mazelle to The Cardigans

Elvis, what to know about the movie

Nicole Kidman turns 55: here are some of her best roles in the cinema. PHOTO

The plot of Moulin Rouge!. Set in late 19th century bohemian Paris. Christian, an aspiring London writer, finds himself in the famous club and meets the star Satine: the events of the club are intertwined with the tormented love story. Soundtrack protagonist: between mash ups of classics and contemporary hits, the songs are reinterpreted to tie the plot together. It goes from All You Need Is Love the Beatles, a Roxanne of the Police, The Show Must Go On of Queen, smells like Teen Spirit of Nirvana, Your Song by Elton John. Without forgetting Lady Marmalade

Australia, 2008. Nicole Kidman is also the protagonist of this film, flanked by Hugh Jackman. According to some, this blockbuster represents a gigantic advertising spot in the country. It is certainly Baz Luhrmann’s most personal project, a fresco that he dedicated to his homeland. The director has announced that a 6-episode series will be released, titled Faraway Downswhich will be a longer version of the original film and will have a different ending

The plot of Australia. The film is set in Australia in 1939. A noblewoman arrives from England in search of her husband to take back to her home. She finds herself a widow and, shortly before the outbreak of World War II, she inherits Faraway Downs, a large cattle estate. To help her in her transhumance there is a herdsman, who will make her love the continent and beyond

The Great Gatsby, 2013. This film is also a great success, a cinematic adaptation of the novel of the same name by Francis Scott Fitzgerald. The cast includes Leonardo DiCaprio, Carey Mulligan and Tobey Maguire. The film won, among other things, two Oscars: best scenography and best costumes

The plot of The Great Gatsby. The story is set in New York in 1922. Aspiring writer Nick Carraway moves to the city. A mysterious millionaire who likes to throw parties, Jay Gatsby, finds himself as a neighbor. Her cousin Daisy and her noble husband Tom Buchanan also live nearby. Carraway enters the world of the new rich, made up of loves and deceptions, and becomes a witness to dreams and tragedies. Also in this film, the music is not the background but gains the foreground: among the artists, Jay-Z, Beyoncé, Lana Del Rey, Florence and the Machine

Elvis, 2022. Music is also the protagonist in this film, which marks the return of Baz Luhrmann to theaters. It’s an Elvis Presley biopic, starring Austin Butler and Tom Hanks. The film had its world premiere out of competition at the Cannes Film Festival. It lasts about two and a half hours, but the director has revealed that there is a four-hour version and has not ruled out that an extended version will arrive sooner or later. In the soundtrack, also the Måneskin. The costumes are signed by Prada and Miu Miu

The plot of Elvis. The film revisits the story of Elvis Presley in a cinematic way. His life – from his beginnings to fame – is told from the point of view of Colonel Tom Parker, the manager who discovered him and with whom the artist had a complicated relationship. The two meet when Elvis is a kid performing in the South and Parker has the intuition to turn that talent into a worldwide mass phenomenon. Against the backdrop of these twenty years of success but also of roller coasters, there is an evolving cultural landscape and a changing America