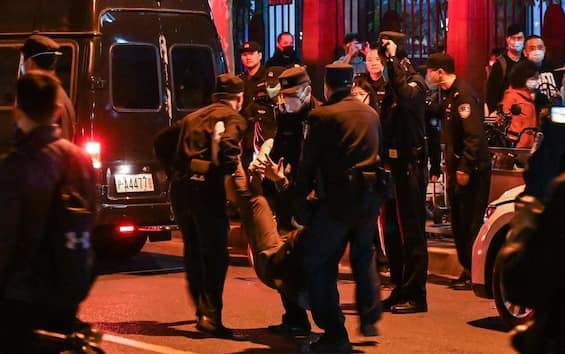 He was covering protests in Shanghai against Covid restrictions when he was arrested and beaten by police. It happened to Ed Lwarence, a BBC journalist, according to what was announced by the British broadcaster. “The BBC is very concerned about the treatment of our journalist Ed Lawrence, who was arrested and handcuffed while covering protests in Shanghai,” a spokesperson for the group said in a statement. The reporter said he was “beaten and beaten by the police” while working as an accredited reporter in the country.

The authorities: “He did not identify himself as a journalist”

Chinese Foreign Ministry spokesman Zhao Lijian commented that the arrest of BBC reporter Ed Lawrence in Shanghai, as part of protests against anti-Covid measures, occurred “because he did not identify himself as a journalist”.

Hundreds of people demonstrated this weekend in China in several major cities, including Shanghai and Beijing, to protest the confinements and restrictions imposed by the authorities to fight the coronavirus epidemic. The spokesman explained that the BBC had “no official explanation or apology from the Chinese authorities, beyond a claim by officials, who later released him, that they had arrested him for his own good in the case.” had caught Covid in the crowd”.