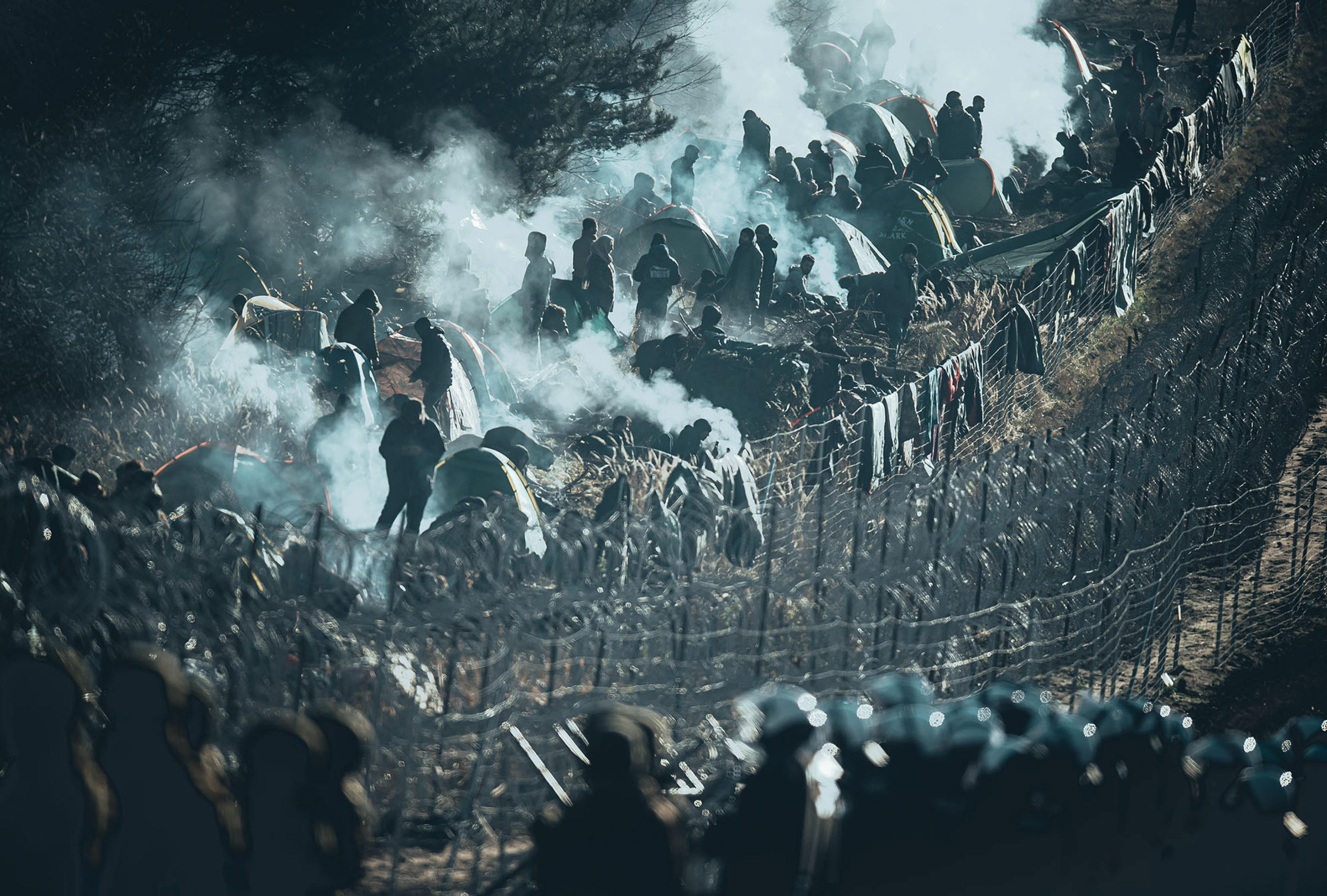 For months now, attempts have been made to find a solution to the crisis of migrants who remain massed on the border between Belarus and Poland. After videos have circulated showing Belarusian soldiers escorting refugees into the forest that borders the Polish region of Podlaskie, the EU accuses Minsk of exploiting migrants for geopolitical reasons. Poland does not want to welcome them and has announced the construction of a wall. The EU has mobilized 700 thousand euros for food, blankets and first aid kits to help them. Meanwhile, the president of the Commission Ursula von der Leyen accuses: “The Belarusian regime must stop luring people, putting their lives at risk” (SKY TG24 SPECIAL ON MIGRANTS).

Who are the migrants on the border with Poland

The migrants come from the Middle East and, since the beginning of the summer, Belarus welcomes them and then pushes them towards the Polish and Baltic countries. Currently about 4 thousand people are frozen and in increasingly precarious conditions and more than a dozen people have died, according to what the NGOs say, including a one-year-old child who had been in the forest on the border for a month and a half. with Syrian parents hoping to be able to join the EU. The reason for the action of Belarus would be to put the European Union in difficulty, considered a political opponent of the authoritarian Belarusian regime of Alexander Lukashenko, exploiting the hostility of Eastern European countries for migrants. As reported by the PostAccording to Poland’s estimates, there were about 30,000 attempts to enter Belarus. It is the migrants themselves who say that their trip was encouraged and partly organized by the Belarusian government. At the Bbc, Lithuanian Deputy Interior Minister Kęstutis Lančinskas said the operation would start in March “when we learned that the Belarusian authorities were simplifying the bureaucratic procedures for issuing ‘tourist’ visas in Iraq”. Belarus allegedly contracted the bureaucratic procedures to produce visas to external travel agencies that would advertise “all-inclusive” vacation packages for Minsk in WhatsApp chats or Facebook groups. Having a visa from a country on the border of the European Union territory, refugees avoid the “Balkan route”. In addition, for months, several airlines operating in the Middle East have activated direct connections between Minsk, the capital of Belarus, and cities such as Istanbul, Damascus and Dubai. Among these is Belavia, the Belarusian airline.

The traffickers at the border

Once in Minsk, migrants have to walk across the border in a wooded area. To do this, migrants often rely on traffickers for personal safety. A trafficker explained to the Bbc who have to “wander through unknown woods in a Foreign country. Pickpockets are ready to rob them. Organized crime watches you. There are wild animals, rivers and swamps to cross: it’s a leap into the void, even if you use GPS “.

The position of Poland

In November alone, 5 thousand attempts were made to force the Polish border by migrants fleeing from the Middle East massed in Belarus, compared to the few dozen in the whole of 2020. In recent days the situation has degenerated with the Warsaw Ministry of Defense which reported the wounding of an officer while Belarusian guards watched. “The migrants attacked our officers with stones and tried to destroy the fence, and tear gas was used to stop this aggression,” he said. To stop the people, Poland is using tear gas and water cannons. Minsk accuses Poland of wanting to “further aggravate the situation and stifle any progress towards an agreement” that will put an end to the crisis. Meanwhile, Moscow, which supports Belarus, has called the use of tear gas “absolutely unacceptable”. Poland, for its part, has announced that as early as December it will begin building a wall on the border with Belarus. A decision allowed by the EU treaties, even if Brussels has stated that there will be no European funding at work.

The reaction of the European Union

Meanwhile, the EU Council, a few days ago, approved the fifth package of sanctions against Minsk explaining, through the Other Representative for Foreign Affairs, Josep Borrell, that “this decision reflects the determination of the European Union to resist exploitation of migrants for political purposes. We are rejecting this inhuman and illegal practice “. At the same time, the European Union has allocated new funds for humanitarian assistance by mobilizing 700 thousand euros for food, blankets and first aid kits. However, the President of the European Commission Ursula von Der Leyen says that “the Belarusian regime must stop luring people, putting their lives at risk”. Prime Minister Mario Draghi also spoke on the matter, who believes that “the use of migrants has become an instrument, let’s say politely, of foreign policy”.

The latest attempt at mediation so far was the one between the German chancellor Angela Merkel who heard the Belarusian president Alexander Lukashenko by telephone. During the meeting it was agreed “that the issue should be brought to the Belarusian-EU level” and that further contacts will be organized to resolve the situation. The Belarusian government also announced its intention to welcome all migrants in a logistics center near the Bruzgi border crossing, “until the matter is resolved”. Indeed, on November 18, the migrant camp in Belarus on the border with Poland was evicted by local authorities. The people who had been in the border area between the Belarusian village of Bruzgi and the Polish one of Kuznica for days were transferred to a facility a few hundred meters away.