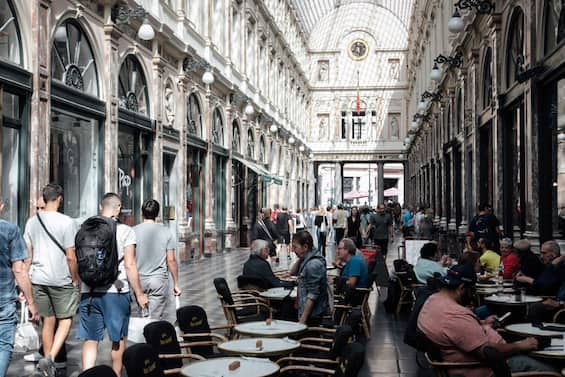 For three days in ten restaurants in Brussels, the kitchens will remain in the dark and customers will be offered only dishes prepared with the stove off. A creative and original way to face the crisis while social protest flares up in the country.

The “in the black” festival

“Bring your lighters”, urges one of the organizers of “Brussels in the dark” on Instagram. The review that will start on 29 September and will end on 1 October will be an opportunity to create new dishes and experiment with innovative procedures, as well as to brush up on tradition with tartare and salads “à l’ancenne”, as you can read by peeking at the special menu of one of the bistros. However, the exhibition aims above all to be a stage where ecology and social policies are put at the center in a moment of fragility and disaffection.

The dear energy after the années noires of the pandemic

Ten thousand people took to the streets on Wednesday in the capital to protest against the expensive energy and against the increase in prices to the cry of “those who sow misery, reap anger”. The event was convened by three trade unions: FGTB, CSC and CGSLB. But the flag of the Belgian Labor Party also flew in the blue, red and green square. The team has already developed a tight “Friday of Wrath” program. From next weekend, itinerant mobilizations will take place throughout Belgium. It starts on 30 September from La Louvière in Wallonia and from Courtrai, a municipality in West Flanders. The efforts of the government led by Prime Minister Alexander De Croo, which put in place a series of measures to stop the emergency, were worthless. These include the establishment of a social energy tariff for one in five families and a “discount” on bills for the months of November and December. “Ephemeral” interventions, according to his detractors.

The warm autumn of Belgium

The demonstration on 21 September was a sort of dress rehearsal in anticipation of the next round, set for 9 November, the day of the general strike. Meanwhile, a meeting between the government and social partners has been scheduled for tomorrow. The Prime Minister and the members of the “kern”, the small council of ministers, will sit at the table with the Group of Ten, made up of trade unions and employers’ organizations. On the table are the measures to support businesses and families, interventions on purchasing power, and the law “welfare in the workplace”, a 1996 text that the protesters want to modify to allow the unions to negotiate wage increases.