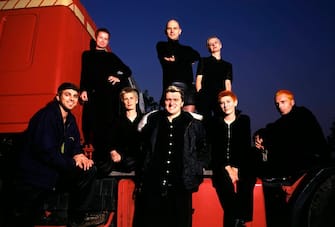 Chumbawamba, a British anarchist rock music collective famous for the song “Tubthumping” (released on the 1997 album of the same name) in 2005 released the album A Singsong and a Scrap which includes a version of Hello beautiful made a cappella and dedicated to Carlo Giuliani, killed during the G8 in Genoa. On the album cover the musical group armed with violin and rifle

Watch the video: Bella Ciao, the trailer for the documentary

The House of Paper has decreed the recent success of Hello beautiful. The Spanish series uses it at various times, always arranging it differently. “The screenwriter Javier Gomez Santander discovered it at the university thanks to an Italian Erasmus student, and he always listened to it in difficult moments” (Rolling Stone). “I like the meaning, the struggle it brings with it – says Santander. – One day I woke up with the fixed thought of the series that tormented me. I realized that Hello beautiful And The paper house they shared soul. I shouted: we are partisans “

Tom Waits and Marc Ribot played Hello beautiful together, when Ribot churned out the harvest Songs of Resistance 1942-2018, a record released in 2018, during the Trump era and in the midst of the controversy over the policies of the former US president that led to the seperation from the parents of many migrant children. Many artists participated in the collection of songs dedicated to the resistance, including Waits who he personally chose Hello beautiful

Bella ciao, at the cinema the documentary that tells the story of the song

Skin has also experimented with Hello beautiful, sung together with the Italian band Marlene Kuntz inspired by the version of Tom Waits and Marc Ribot. The cover was printed to raise funds for the “It was the wind – Artists for Riace” Foundation which supports the city of Riace. “It is a song for freedom, everyone’s song”, said Cristiano Godano at the time. “It is not a question of doing good, but of having the mind predisposed to feelings of peace, to understand others, to seek human solutions for all”

“Bella ciao”, the story of the symbolic song of the partisan movement

In August 2021, on the occasion of the celebrations of his 63rd birthday in a restaurant in Ostuni, in Puglia, he sang Hello beautiful the most famous singer in the world: Madonna

“Bella Ciao after the Italian anthem on April 25”: the proposal

American singer and actress Becky G has released a cover of Hello beautiful, accompanied by a music video with Kemosabe / RCA Records. The American singer discovered the existence of this song thanks to the use made of it by the Netflix television series The House of Paper

Ukraine, the cover of “Bella ciao” becomes a symbol of the country’s resistance

Not that Mercedes Sosa could not have expected a song like Hello beautiful, rather. In fact, we are talking about the Argentine singer, a symbol of her land and of the struggle for peace and civil rights against the dictatorship. She called herself a “popular singer” and she has performed several times Hello beautiful. There is also in the album Concierto Italia ’83 (released in 1983, as per title)

“50 years of Bella Ciao” between songs of resistance and folk

Australian singer Anita Lane in 2001 released Sex O’Clock which contained a version of Hello beautiful in English. In the singer’s version, who passed away in April 2021, the song is no longer a resistance song but a love song

South of Bella Ciao, the story of a people inspired by Dario Fo: the video

The Tiki Tiki Bamboooos are a Japanese trio playing the music of Jawaii, an imaginary island. They did a surf version of the song Hello beautiful, almost totally instrumental and with guitar arrangements. The vocal part is reduced to the bone, and mixes Italian and Japanese

The American disc jockey and record producer of Japanese origins Steve Aoki together with the Italian duo Marnik released a version of Hello beautiful that when it came out it was received “as a kind of sacrilege”, quoting Rolling Stone

“Da Da”, here is the explosive first album of the duo Alpha Doggz (aka Snoop Dogg and Steve Aoki)