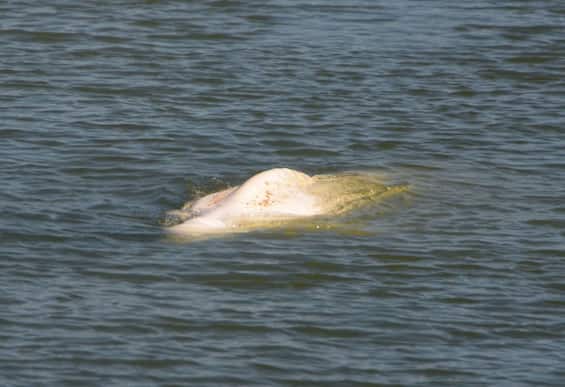 Hopes of rescuing the malnourished beluga that made it up the Seine dwindled, but rescuers said they had ruled out euthanasia for the time being. The white cetacean was first spotted on Tuesday in the river that crosses Paris to the English Channel. Since Friday it has been located between two locks about 70 kilometers north of the French capital. But leaving it in warm, standing water for experts is no longer an option. “It has to be moved in the next 24-48 hours, these conditions are not good for him,” Lamya Essemlali, head of Sea Shepherd France, told AFP.

Specialists have “little hope” for the visibly underweight beluga, Essemlali said. “We are all doubtful about his ability to return to sea”, “even if we” drove “him with a boat, it would be extremely dangerous, if not impossible”. However, “the option of euthanasia has been ruled out for the time being, because at this stage it would be premature,” she noted. The whale still has “energy, turns its head, reacts to stimuli,” she explained. But despite rescuers trying to feed her frozen herring and then live trout, she refused the food. “His lack of appetite for him is definitely a symptom of something else, a disease. He is malnourished and this goes back weeks, if not months ago. He no longer ate at sea,” Essemlali said. Another option that is being considered is to remove the beluga from the water, give it vitamins, check the cause of the disease and send it back to the sea to feed.