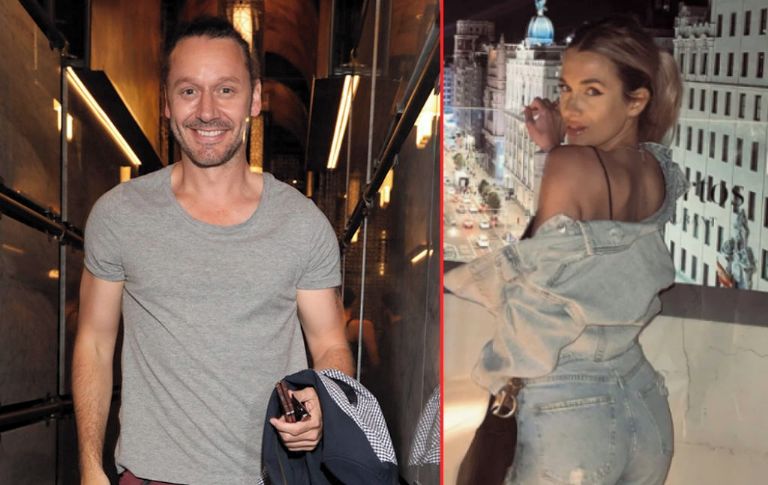 The actor Benjamin Vicuna The 43-year-old is one of the most followed artists in the region and his huge fandom follows him closely in every job he takes on. These days he is in Argentina filming a new series called ‘La Voz Ausente’ and he himself has shared photos of the recording set.

The truth is that after the breakup with Eli Sulichin, her last partner, Benjamin Vicuna He was once again one of the most coveted bachelors and is now associated with the former partner of a renowned soccer player for the Argentine national team, Rodrigo de Paul. The woman in question is the model Camila Homes.

Benjamin Vicuna was seen with the blonde at an event in the Puerto Madero neighborhood of the international brand Bang & Olufsen. Although they did not pose together, each one took all eyes for the cool looks they chose that night. The actor was in a good mood and even spoke with the press.

This event where it coincided Benjamin Vicuna and Camila Homs brought together a large part of the celebrities of Argentine television. The model is on everyone’s lips this week because she was dropped from the PH program and because the driver Andy Kusnetzoff doesn’t want to do anything that bothers Messi or the National Team.

Just a month before the start of the World Cup in Qatar, Rodrigo de Paul is one of the great bets that the Argentine soccer team has and also one of the closest people to captain Leo Messi. An appearance of Camila Homs in which he talks about his divorce could complicate things and more if he whitens an approach with Benjamin Vicuna.