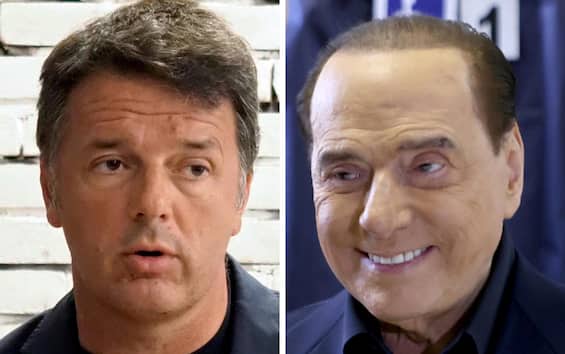 Challenge with followers. Fates crossed for the Knight and Matteo Renzi who debut the same day on the popular social network to address the very young users who frequent it. For the Democratic Party debut entrusted to Alessandro Zan

Many argue that there are many similarities between Silvio Berlusconi and Matteo Renzi, although they face each other on opposite sides of the benches. If so, they now have one more point in common. Both think it is essential to reach young people and to talk to them they have chosen to land on TikTok. As for Renzi it must be said that the leader of Italia viva has always been very active on Twitter (3.3 million followers), while the Cavaliere, who is second to none in terms of political communication, is less run in.

Both have chosen a youthful language. “Hi guys, here I am!”. It was the opening words of Berlusconi, who used a colloquial tone to send out a clear message regarding Forza Italia’s political proposals. “I welcome you to my official TikTok channel. On this platform you guys are present in over 5 million and 60% of you are under 30 years old. I suffer from a little envy but I still congratulate myself … I wanted to open this channel to talk about the issues that are most dear to Forza Italia and myself and that concern you closely: we will talk and discuss your future. I will tell you how we want to make Italy a country that can give you new opportunities and the possibility of making your dreams come true “, said Berlusconi, who in recent days had already anticipated his” descent “on TikTok.

The message of the leader of Italia viva

Instead, Renzi, in his first video on TikTok, recounted the stages of his life and explained that he made his debut in this world to “find new ways to dialogue”, also recalling that there are only a few days left until the 2022 political elections. “For many of you – he stressed – I am an expert in “First reaction shock” or “Sgish”, languages ​​that are almost more complex than italics. Others know me as a former prime minister, the youngest in republican history, but above all as mayor of the most beautiful city in the world, Florence. Others may not know pages that for me have been fundamental for my life: having been a football referee or clan leader, not Camorra, boyscout. What is fundamental is that I have been and am above all a politician, one who believes in politics. And if you like, here we are ”, concluded Renzi.

The secretary Enrico Letta announced it with these words: “From today the Democratic Party is on Tik Tok. We will discuss with the youngest the priorities that politics often neglects”. The debut is entrusted to Alessandro Zan, deputy and first signatory of the law against hate crimes, approved in the Chamber but sunk in the Senate. It is Zan who speaks to the camera as he walks down a street in the historic center of Rome. “Hi, I’m Alessandro Zan and I’ve been fighting for the rights for a lifetime”, says the exponent dem in the video. “Maybe some of you know me for the Zan ddl, the law against hate crimes that was shamefully ditched in the Senate by the applause of the right-wing senators”, he adds, leaving room for the archive images of the session of the hall of Palazzo Madama. “The Democratic Party has decided to make the first video on TikTok on rights. Without rights there is no democracy, and I am talking about all rights”.