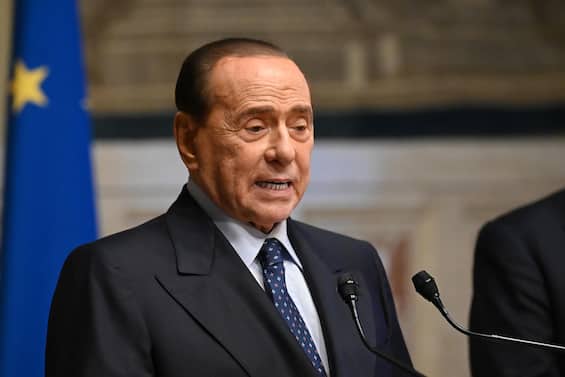 For the Forza Italia leader, it was Draghi who “chose the path leading to the elections”. On which he has no doubts, “a center-right majority will come out” and in the meantime the electoral campaign begins: “Pensions increase to 1000 euros is planned”

Forza Italia president Silvio Berlusconi says he is “disconcerted by the release of Mario Draghi, I did not expect it to end like this”. For Berlusconi, the crisis is entirely attributable to the M5s, which “created an unsustainable situation with the withdrawal of confidence in the government”. And on the upcoming elections he reassures: “It will be the center-right that will give the country a clear and defined majority”. Meanwhile, during the day he does the first electoral campaign tests: “Ours is an 8-point program, including an increase in minimum pensions to 1000 euros”. (THE SPECIAL – ALL THE UPDATES – THE STEPS BEFORE THE VOTE – SKY VOICE: THE CRISIS DICTIONARY).

Berlusconi: “We will guarantee stability to the allies”

“Our allies in the international arena expect stability and credibility, and we will guarantee it,” Berlusconi added in an interview with the Giornale. “It was I, at the beginning of 2021, who asked for the birth of the Draghi government as a response to the country’s emergencies and Forza Italia was, among the governing parties, the most loyal and constructive one”. Then the attack on the Five Stars: “They have withdrawn their confidence because they are in serious difficulty, creating a situation that Draghi himself has defined as unsustainable”.

“Draghi has chosen the path of voting”

On the outcome of Wednesday, Berlusconi stressed that the center-right had come up with the proposal to “remake the government pact, under the leadership of Draghi, on a new basis”. A new executive, however, could have been born only with the premise of “replacing the ministers and the grillini undersecretaries”, but the prime minister “chose another path, the one that leads to the vote. Why he did it, is a question that should be addressed to him. “

“Voting confidence had no logic”

On the failure of Forza Italia and Lega to vote for confidence on the Casini motion, Berlusconi reiterates: “We did not deny confidence in the government, but we chose not to participate in a vote that had no logic”. For the force leader, the document was only “a tactical expedient wanted by the Democratic Party to avoid having to face important choices for the future of the country”.

“Pensions worth a thousand euros and a million trees a year”

Interviewed on Tg5, Berlusconi then began to expose Forza Italia’s electoral program: “Priority is the increase in pensions, all our pensions, at least 1000 euros per month for 13 months, there is a pension for our mothers who are the people who have worked most in the evening, on Saturdays, Sundays, during the holidays and who have the right to have a peaceful and dignified old age and then there is the commitment to planting, to plant every year at least one million trees throughout the country “.

The leader Fi then added: “Ours is a simple program, there are 8 fundamental points to restart Italy and to alleviate the difficulties and sufferings of the Italians. I read them to you: less taxes, less bureaucracy, fewer processes, more security, measures for young people, for the elderly, for the environment and then our foreign policy “. A program, he adds, “which is based on our traditional fight against the three oppressions, fiscal oppression, bureaucratic oppression, judicial oppression and which is very attentive to the weakest, the elderly, the sick and is also very attentive to environment, which is an issue that is becoming more and more important “.