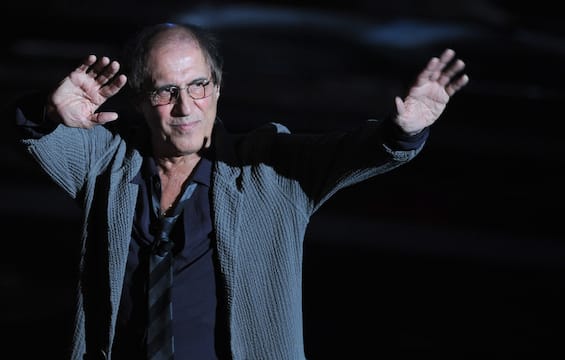 He has released some of the best-selling albums in history in Italy and sang songs that have become among the most famous in Italy and beyond. Adriano Celentano, who turns 85 on January 6, 2023, is a symbol of the music of our country. Just as symbolic, iconic, timeless, the phrases of the songs that he has interpreted throughout his career have become. Here is a selection of the most famous.

“Your kiss is like a rock, that bites you with its swing”

Your kiss is like a rock is a song from 1959 that won the Ancona Festival. With music and arrangement by Ezio Leoni, lyrics by Piero Vivarelli and Lucio Fulci, it was a huge success right from the start. Also thanks to the main phrase of the song:

Your kiss is like a rock,
that bites you with its swing

In Sanremo 1961 Adriano Celentano and Little Tony proposed a piece that would go down in the history of the event: 24 thousand kisses. The song was ranked second, but entered everyone’s heart and definitively launched Celentano towards success. This is the “icon” phrase of the song:

With twenty four thousand kisses today you will know why love

He wants a thousand kisses every moment

He wants a thousand caresses per hour

“This is the story of one of us”

It is impossible not to talk about Celentano without quoting the passage The boy of Gluck street, from 1966, signed by Luciano Beretta, Miki Del Prete, with music by Celentano himself and the arrangement by Detto Mariano. Biographical text, talks about Via Cristoforo Gluck in the Greek district on the outskirts of Milan, an area that experienced strong urbanization after the war. This is the street where the singer was born and lived as a boy with his family, at number 14. This is the most famous part of the entire piece:

This is the history

Of one of us

He too was born by chance in via Gluck

In a house, outside the city

Where there was grass is now

And that house in the middle of the green now

Where will it be

Published in 1967, The most beautiful couple in the world is identified as the song that best describes the relationship between Celentano and his wife Claudia Mori. Also this song immediately became an evergreen, also thanks to the phrase:

“BLUE, The afternoon is too blue and long for me”

The piece certainly enters the history of Italian music by right Sky blue: written by Vito Pallavicini and Paolo Conte and recorded for the first time by Adriano Celentano on 45 rpm, then included in the homonymous album Blue/A caress in a handful, he was publican in May 1968. This passage is unforgettable:

the afternoon is too blue

and long for me.

to have no more resources,

I almost take the train

but the train of wishes

in my thoughts it goes upside down.

“I don’t know how to talk about love, emotion has no voice”

Surely among the most famous songs interpreted by Celentano there is then The emotion has no voice written by Mogol (lyrics) and Gianni Bella (music), arranged by Fio Zanotti, published in 1999 and extracted from the album I don’t know how to talk about love. Note this passage:

I don’t know how to talk about love

The emotion has no voice

and I’m short of breath

if you are there there is too much light

The rainbow is in turn a song, written for the literary part by Mogol on music by Gianni Bella, included in the album I don’t know how to talk about love. The song is dedicated to the musician Lucio Battisti, who died about four months before the album’s release (September 9, 1998). The text unfolds like a first-person speech made to a person who left too soon, as these words recall:

“To have you, I would do anything”

The 2000s arrive and, precisely in 2000, he makes his debut To have you, song resulting from the collaboration with Mogol and Gianni Bella, who are the authors. It was a huge success on the radio, due to its fast pace and very catchy. This is the “cult” phrase of the song:

I would do anything

Except losing my self esteem