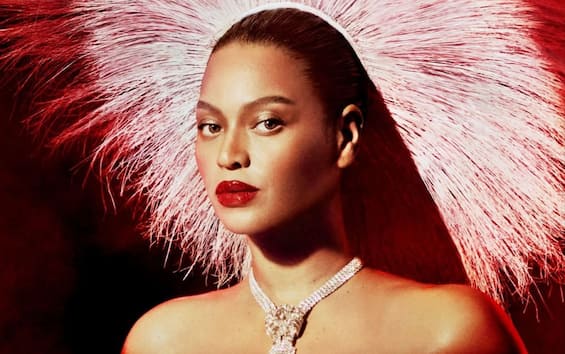 For a celebrity like Madonna surely it is not new to receive flowers but, the ones shared in his Instagram stories, had a very special sender. No new love but rather the homage of an equally famous colleague. That bouquet of white roses, tulips and orchids came directly from Beyoncé Giselle Knowles and was a thank you for Mrs. Ciccone’s participation in the remix of the single Break My Soul.

Madonna also shared the note attached to the thought that said: “Thank you Regina. I am so grateful to you. You have opened so many doors for so many women. You are a brilliant masterpiece. Thanks for letting me sing on your song and thanks for giving the remix a name !!! I love you always and forever, Beyoncé ”.

The exchange of niceties then ended with the counter-thanks, again via social media, of the Italian-American diva who wrote: “Thanks !! From one queen to another queen. I love the Remix! ”. Between Madonna and Queen Bee a really great feeling seems to have been born so that, already a few days before, the singer of Like a Virgin had shared the sophisticated and super sexy black and white cover of the single.

The two on the other hand not only have never disdained the idea of ​​teaming up with other colleagues. If Beyoncé has not hesitated to collaborate over the years with heavyweights such as Shakira or Lady Gaga, Madonna has long since accepted to be a reference for all the greatest stars of world pop music. An example are the recent photos at the wedding of Britney Spears where Louise Veronica Ciccone was portrayed with the birthday girl and with other VIP artists such as Selena Gomez.

Break my Soul, a tribute to dance culture and beyond

The original version of Break My Soul is now a global hit, reaching number one on the Billboard chart as it did not happen to a song by Beyoncé from the now distant 2008 of Single Ladies. In short, it was not a song that needed to be pushed further but, despite this, last Friday, the Texan singer decided to release several remixes of the first single of the album. Renaissance. One of these is precisely what the collaboration of Madonna sees, whose voice in the 1990 hit Vogue is openly sampled. The operation represents a tribute to the artist but not only, given that Break My Soul (THE QUEENS REMIX) is also a love letter to the whole world of dance music and the culture associated with it. It should be noted that Beyoncé has kept the spoken rap already present in Vogue but he reworked it, citing great African American female artists such as Grace Jones, Whitney Houston, Aaliyah and Rihanna.

Just Grace Jones is one of the important names who have participated in Renaissancea record that people like Pharrell Williams also collaborated with and which sees in another track the presence of another non-trivial sample / tribute, that of I Feel Love by Donna Summer.