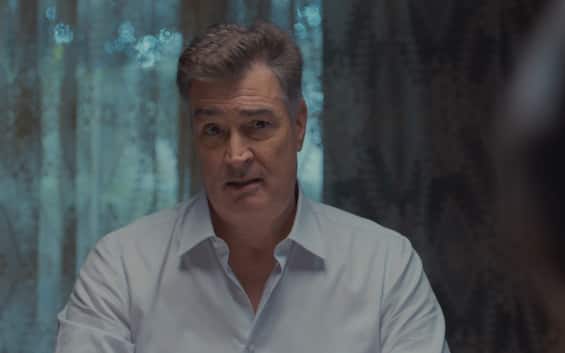 Filming of Beyonddirected and starring Giuseppe Celesia and shot between the capital, Palermo and Bagheria.

Beyond is a thriller produced by Joseph Crepaldi for JCG Bit production srl and Paolo Picciolo for Horcynus production srl, with the support of the Andros Clinic of Palermo, Mec Museum Soggea spa and Solfin srl Palermo.

Together with the director, Caterina Gabanella and Daniel McVicar, star of the popular soap opera Beautifulare the protagonists of Beyond Daniela Fazzolari and Danilo Brugia, known to the small screen audience especially for One hundred shop windowsBruno Bilotta, whose rich filmography ranges from collaborations with Sergio Leone and Carlo Verdone to major international productions such as American assassin and the cinecomic Spider-Man: Far from homeManfredi Russo, formerly in the cast of television films Indictus: The land belongs to no one And Mario FrenchManuela Donzelli, the little Livia Modica and Sophia Condorelli, and, back from the Italian-Ukrainian Umbrella skyMartina Palladini, who, like Loretta Micheloni and Gianluca Potenziani, will also soon be in cinemas in the tricolor superhero movie The Specials.

Flanked by colleagues Francesca (Martina Palladini), Gianluca (Gianluca Potenziani) and Franco (Manfredi Russo), Chris Ravelli, (Giuseppe Celesia), police inspector dealing with several cases of violence against minors, has just saved a newborn girl, abandoned by their parents on one of the many boats moored on the Sicilian beach near Palermo. The discovery reminds him of all the wounds of a never forgotten past and a shattered marriage with his ex-wife Viola (Daniela Fazzolari). It will be difficult for the man to resist the seductive networks of Paola (Caterina Gabanella), a charming and provocative tenant who goes to live with her husband Samuel (Daniel McVicar) and daughter Daisy (Livia Modica) in the old villa she owns and that of Viola ; so much so that the relationship that will be established with the woman will soon allow a series of problems to emerge. Moreover, Daisy (Livia Modica), the thirteen-year-old daughter, has strange visions that reveal something dark and terrible linked to the past of the house.

Associated producers of Beyond I am Saturnia Pictures srl, Everglades Film And Hypnotic Productionswith executive production by Giuseppe M. Andreani And Alberto De Veneziaorganization of Sara Paolucci and directing supervision of Massimo Paolucci.

On sets by Tonino Di Giovannideals with photography Mario Laclerewhile the assembly is by Andrea D’Emilio.

Currently in post-production, Beyond will be released in theaters by Saturnia Pictures And Hypnotic Movies within the first half of 2023 and, subsequently, in streaming through the Prime Video Prime Video platform, also visible on Sky Q and via the app on the NOW Smart Stick.