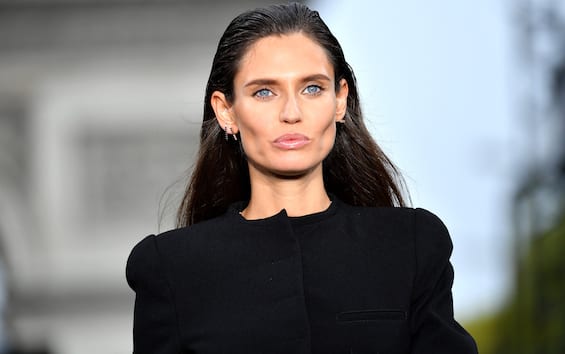 Bianca Balti shared a series of shots on Instagram in which she shows herself naked with clearly visible signs of the recent preventive mastectomy surgery, performed to prevent breast cancer after the diagnosis of BRCA1 genetic mutation. “New year, new me,” wrote the model in the caption accompanying the post.

The post is geolocated to Los Angeles, given that the internationally renowned Italian model lives right there, in California.
Bianca Balti, 38 years old and originally from Lodi, has told in depth about her difficult path in recent months, the one that led her to show off those scars today.
The supermodel entrusted a large part of the narration relating to the diagnosis she received, that of BRCA1 genetic mutation, to Instagram, with the consequent decision to undergo a preventive mastectomy operation in order to avoid possible breast cancer.

Both before and after the surgery, Bianca Balti wanted to tell her situation without mystification, without beating about the bush, without sweetening or dramatizing her story, in order to help other women choose the same path as her if affected by the BRCA1 genetic mutation (which exposes you to a higher risk of breast cancer).

At the bottom of this article you can look at Bianca Balti’s post naked showing her breast scars from preventive mastectomy.

A message to urge prevention and also body positivity

If before his example was aimed only at urging prevention, today it also sounds like a message of body positivity.

With this expression – body positivity – we refer to the social movement that fights against body shaming, promoting the acceptance of all physical aspects regardless of size, shape, skin color, gender and physical ability.
Showing her breast scars head-on means clearing a taboo, that of the scar considered as a defect, as an imperfection, as something to hide, to camouflage, to make up. And the fact that all of this comes from a top model, a professional who bases her career precisely on the body and on a certain type of body, the canonical one that the catwalks have imposed as an aesthetic archetype, makes this message even more powerful.

The shots in question come directly from Bianca Balti’s bedroom, in her home in Los Angeles. Here, in the city where she has lived for years, the model returned immediately after being discharged from the hospital where she underwent surgery (which took place on December 8th).
“Cats might have 10 lives after” (which means “After all, cats could have 10 lives”): with these words Bianca Balti concludes her caption.

After receiving the diagnosis of BRCA1 genetic mutation, Bianca Balti made up her mind: she opted for the preventive operation in order to reduce the risk of breast cancer. One of the first reasons why the supermodel made this decision concerns her family: her two daughters. “I can’t afford to get sick as I carry everyone’s economic responsibility alone on my shoulders,” the model said in recent months. “Because I would like my girls to find in me the strength to act if one day they too are diagnosed,” she added. And finally she explained: “Because I love life too much not to do everything possible to preserve it”.

The top model from Lodi is not the only star to have taken the path of prevention.
The same diagnosis of BRCA1 genetic mutation she received is the one that also prompted Angelina Jolie to undergo preventive removal of the breasts.

Bianca Balti, in general, is very attentive to prevention, and not only to that relating to serious diseases such as cancer: the top model has also taken action against infertility. A few months ago she announced that she had frozen her eggs, despite the fact that she is already the mother of two girls (Matilde and Mia, aged 15 and 7).

The first daughter was born in 2007 from the marriage with the photographer Christian Lucidi, married a year earlier (and from whom Balti separated in 2010).
In 2015, the second child was born, had by her partner at the time, Matthew McRae, with whom she married two years later (marriage ended five months later).

Below you can watch Bianca Balti’s nude post showing her breast scars from preventive mastectomy.