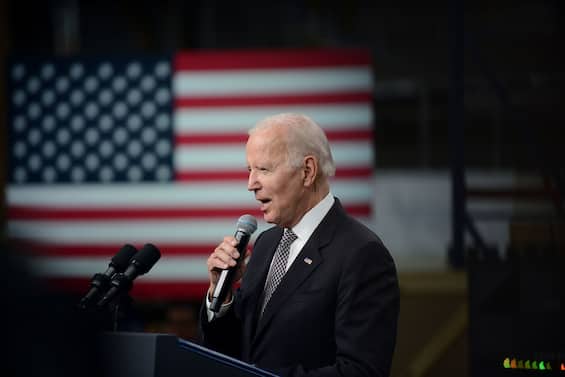 “As I have often said during my presidential campaign, no one should be in prison just for using or possessing marijuana”. With these words the President of the USA Joe Biden announced that it will pardon all federal convicts for crimes related to the use and possession of cannabis.

Who will be pardoned?

Thousands of US citizens will benefit from the measure. Only between 1992 and 2021 it was estimated that the condemned were about 6500. However, those convicted of sales and distribution offenses will not be pardoned. Biden justified the initiative by arguing that: “Sending people to jail for marijuana possession has shocked too many lives and imprisoned people for behavior that many states no longer prohibit”. The US president made particular reference to the impossibility for the condemned to obtain a house, a job, an education. “Unnecessary barriers” which, according to Biden, do not encourage the reintegration of citizens. “My action will help alleviate the side consequences of these beliefs.” Biden also pointed out discrimination suffered by the African American and Hispanic communities, which are victims of “clear racial disparities regarding judicial proceedings and convictions” also on this front. In the near future, we could also intervene on the classification of marijuana: “At the moment at the same level as heroin and considered worse than fentanyl”, he insists. Biden has in fact announced that during his presidency he wants to correct the tables that put cannabis together with the LSD.

With this announcement, he wanted to keep faith with what was his electoral promise. An important initiative especially in view of the upcoming elections of Midterm. He also appealed to governors to follow his example. In about thirty states, the use of soft drugs for therapeutic purposes is already accepted, while the number drops if one counts those in which consumption for recreational purposes is also decriminalized. The reactions did not take long to be felt. From the Republican front, the Arkansas Senator Tom Cotton thundered, “In the midst of a crime wave and on the verge of a recession, Joe Biden is granting a general pardon to drug criminals, many of whom have pleaded responsible for more serious charges. This is a desperate attempt – he accused – to distract from the failed leadership. “