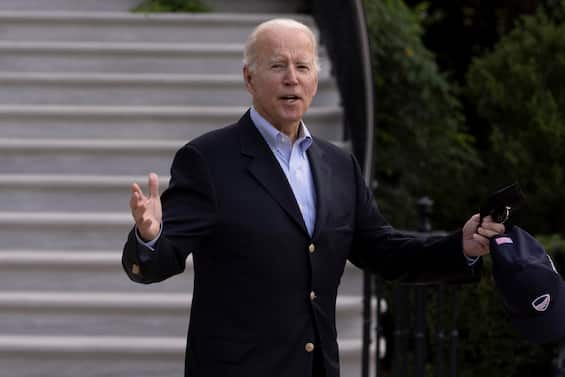 “Manufacturing is the backbone of our country”. This was stated by the president of the United States, Joe Biden, during the ceremony linked to the signing of the Chips and Science Act which encourages the production of ‘chips’ in the United States. Biden’s speech was continually interrupted by coughing, which prompted the president to apologize and pause for a glass of water. Biden, who tested positive at Covid twice in a row in the last month, announced the investment of more than fifty billion dollars over the next ten years to revive American manufacturing and semiconductor production. After yet another cough, the audience, gathered in the gardens of the White House, gave him an applause.

“Today is builders’ day. Today is the day America keeps its promises.” This was stated by the president of the United States, Joe Biden, signing the incentive plan for the internal production of electronic chips. “And I believe – he added – that in fifty, seventy-five and a hundred years, people will think back to this week and will know that we have done what we had to”. The law, called the Chips and Science Act, was passed by Congress in late July after more than a year of negotiations. The measure provides more than fifty billion dollars in incentives to manufacturers for the production of microchips. There is also more than $ 80 billion for the National Science Foundation to support research and technological innovation.

Ceremony at the White House

“We are in a better position than all other countries in the world – added Biden – to win this 21st century economic competition. And you are the reason why I am optimistic about the future of our country”. The reference was to the guests present at the White House for the signing ceremony of the law. In the audience there were many executives from large American companies such as Lockheed Martin, Intel and Micron.

The Nasdaq, the index of technology stocks, was -1.57% in the middle of the session, affected by communications from Micron, a leader in the chip sector, which revised its revenue and earnings forecasts downwards, due to a drop in shipments. While the Dow Jones index marks -0.16% and the S&P -0.60%, with investors restrained waiting for tomorrow’s US inflation data.