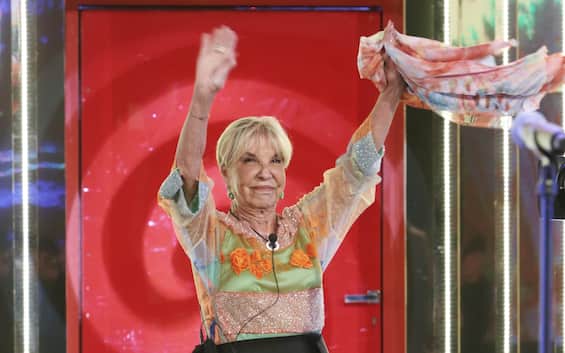 Monday 23 January Wilma Goich has finally left the house of Great Brother VIP. The contestant is the last eliminated from the seventh edition of the reality show.

After rejoining the game thanks to the ticket that gave her a second chance, Wilma Goich he has now concluded his adventure in the Cinecittà house. Alfonso Gentlemen led a new episode of Big Brother VIP, alongside him Sonia Bruganelli, Orietta Berti And Giulia Salemi.

The competitor was the least voted VIP with 3% of the votes in favor against the 34% obtained by Nikita Pelizon, 23% by Giaele De Donà, 16% by Alberto De Pisis, 13% by George Ciupilan and the 11% from Sarah Altobello.

After the outcome of the televoting, the host announced the VIPs who were immune to the nominations: Luca Onestini, Micol Corvaia, David Donadei, Andrew Masters, Attilius Romita And Daniele Dal Moro. Sonia Bruganelli has given immunity to Antonella Cornflowers and Orietta Berti pardoned Antoninus Spinalbese.

At the end of the voting, the most nominated contestants were Oriana Marzoli, Nikita Pelizon And George Ciupilan.

The three VIPs then went to televoting, the outcome of which will be revealed in the new episode of Big Brother VIP on air Monday 30 January.