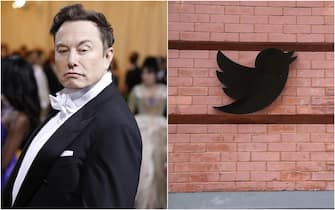 Regardless of how it will turn out in between Elon Musk And Twitterthe story of the (attempted) acquisition of the social network by the billionaire is already in the chronicles of the operations that did not go exactly smooth. But Musk is in good company: the story of Big Tech it’s full of skipped chords

WATCH THE VIDEO: The Next Web, what will come after technology

In 2006 Facebook it was just a startup with high hopes that attracted the attention of investors. Among these also the former web giant Yahoowho went so far as to offer 1 billion dollars. Mark Zuckerberg considered the offer adequate, but if today he is still CEO of Facebook and Yahoo has lost much of his power, the responsibility lies with Terry Semelwho in 2006 was CEO of the second: at the last moment he lowered the offer to 850 million and Zuckerberg refused

Use: Meta and other Big Techs will pay for travel expenses for abortion

Also Yahoo it was about to be bought in turn: in 2008 the online service company seemed one step away from becoming owned by Microsoft. The Redmond company wanted the search engine to challenge Google in the field of advertisingLike this Steve Ballmer Microsoft offered 44 billion dollars to the then CEO of Yahoo Jerry Yang to buy it: Yang considered the proposal underestimated compared to the value and nothing came of it. In the 2016 Yahoo was sold to Verizon for 4.8 billion

In the 2009 Google came forward with Twitter offering a figure not made public but superior to the proposal of Facebook (which also had the social in the crosshairs) of 500 million dollars in shares. The microblogging platform resisted however to flattery and nothing came of it

Twitter, Musk gives up the purchase: the billionaire deal is skipped

Despite the failure of the deal with Yahoo, Microsoft in the 2010 tried to acquire the software house Adobefocusing on the expansion of cloud services. Steve Ballmeralways him, and Shantanu Narayen (Adobe) met to discuss the matter a San Jose, in California. The idea was an anti-Apple takeover. Ballmer put on the table 15.5 billion but the agreement was not reached

Goodbye to Microsoft Explorer, the funniest memes to say hello

There Apple from Steve Jobs in the 2011 it seems he had it in his sights Dropbox. Jobs sensed that it was remote storage space it would become a business and he wanted to secure a company that was small at the time but with the necessary technology ready. Cupertino offered 800 million but there was nothing to do: Drew Huston, CEO of Dropbox, returned the offer to the sender. Apple then launched iCloudwhile Dropbox went public in 2018

Among the (unsuccessful) acquisition attempts made by Microsoft a mention deserves the one against Netflix. In the 2012 rumors spread that they wanted an imminent agreement between the two companies and, in response, the actions of Netflix went up by 13%: it seems that Microsoft then offered 90 dollars per share. Eventually Netflix decided not to let itself be acquired, but for some i rumors they were disseminated only to do to go up the price in bag

In November 2013 Snapchat said no to the takeover offer for about 3 billion dollars by Facebook. The founder of the instant messaging service, the then 23 year old Evan Spiegel, has sent word to Zuckerberg that he is not interested in the acquisition by the social network. “Maybe next year“, he seems to have said. The no Zuckerberg, which came from the success of Instagram (taken for 1 billion dollars) decided to launch Pokewhich however turned out to be a flop

Apple tried several times to get in touch with Tesla. Also Elon Musk it was about to be bought. In the 2014 it seems that Musk met Adrian PericaApple executive, and CEO Tim Cook. Musk then specified that the hypothesis of a Tesla acquisition by Apple was “extremely unlikely“, but in 2016 it seems that Cook phoned Musk to propose to sell the company. Musk seems to have asked a condition: become ceo from Apple. Cook is said to have answered him badly

Also Google tried in vain to buy Snapchat, twice. In the 2013 Google put it on the plate 4 billion dollars and 30 billion in the 2016. The offers were turned down, but Snapchat isn’t doing too well today and reported a quarterly disappointing

But there are cases also happily succeeded: in the 2014, for instance, Facebook bought the messaging app Whatsapp for the historic figure of 19 billion dollars. It is said that it was decisive for the negotiation Beastthe dog by Zuckerberg: when the meeting between Mr. Facebook and the co-founder of Whatsapp Jan Koum it seemed to be sent to one stall, the dog entered the office and jumped into Koum’s lap, who decided to accept the offer. “We have a deal“Koum said, stroking Beast