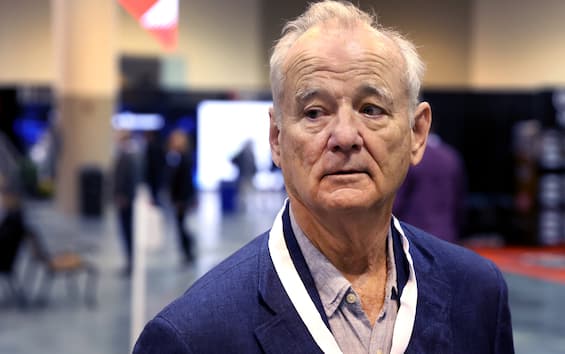 Bill Murray has reached a private deal to close the sexual harassment lawsuit he was accused of by a woman during the making of the film. Being Mortal.

This was revealed by a report published by the US magazine Puckwho claims that on Monday, October 10, the actor would reach a deal worth over $ 100,000 with the “much younger woman” on the set of the film the star was working on.

The offending film is Being Mortal (Being mortalin Italian) Anzi Ansari’s directorial debut.
The production of the film was stopped in April 2022, it is presumed precisely because of the alleged accident between the actor and the woman.
According to reports (and quoted by multiple sources), Murray believed this woman was flirting with him, which is why the incident on the set was born, what he believes was a misconception.
The details of this woman have never been revealed (for obvious reasons of privacy), however it seems that it is not her co-star Keke Palmer, as someone had initially hypothesized.

Convinced that this woman was flirting with him, when Murray and she found themselves in the immediate vicinity of a bed – which was part of the production – he would start kissing her body and straddling her, according to reports. sources.
Bill Murray said the moment was “playful”, yet the woman doesn’t think that way at all.

The alleged incident that happened on the set

She claimed that when she couldn’t move because Murray was overweight and standing on top of her, he kissed her on the lips. Sources report that both wore masks during the aforementioned alleged kiss.

Murray said it was just a joke but the woman “interpreted her actions as completely sexual” and was “horrified”. Both the woman in question and a second staff member – who attended the alleged meeting – filed a complaint.

The words with which Murray explains what happened

Murray has already dealt with this alleged incident during an interview last May with the CNBC.
“I had a difference of opinion with a woman I work with,” she said. “I did something that I thought was fun and it wasn’t taken that way. The company, the film studio, wanted to do the right thing. They wanted to check everything and investigate and so they stopped production,” Murray said.

Murray tries to mediate, even to finish the film

“As of now, we’re talking and trying to make peace with each other,” added the actor. “I think that’s the real problem here, we’re both professionals, we like each other’s work. We like each other. I think if we can’t really get along and trust each other, there’s no point in continuing to work together or even making a film, ”Murray continued.

A source close to the actor told the magazine Puck that Murray “felt miserable” after the closure of production and “decided to remedy the situation” with mediation. Likewise, the staff wanted to finish the film – second Puck – and eventually the private agreement was reached.

As part of the deal, the staff agreed to maintain confidentiality and waived any legal claims they might have made against the film’s producers. However, the film Being Mortal by Anzi Ansari has yet to resume production and its future remains unclear, according to Puck.

Murray is optimistic that production on the film will continue

In his May interview, Murray said he was “very optimistic” that the film would resume production, adding, “What would make me happier would be wearing the boots and seeing that we both return to work, and being able to trust. of each other, and working on the work that we both spent a lot of time on. “

News of Murray’s alleged deal comes after the actor was previously accused of “bad experiences” and “harassment” on set.
Actress Geena Davis talked about it in detail in her memoir, Dying of Politeness.

Geena Davis said that on the set of the film they both worked on in 1990, Quick Change (translated into Italian We run away with the swag), Murray would have yelled at her both in private and in front of the crew. He also allegedly used a massage device on her without her colleague giving him consent.

Also Lucy Liu, who worked with Murray on Charlie’s Angelsaddressed the issue of her co-star’s behavior on the podcast Asian Enough of the Los Angeles Times in 2021. Liu said Murray insulted her and her language was “unforgivable and unacceptable”.