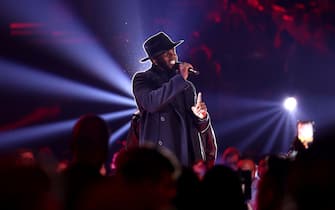 Delivered yesterday evening, Sunday 15 May, i Billboard Music Awards 2022, among the most anticipated awards of the year for music made in the USA and around the world. To triumph, a real mix of genres with the best representatives for each category

The ceremony, conducted by Sean “Diddy” Combs it aired from the MGM Grand Garden Arena in Las Vegas on the American evening yesterday, for us at the first light of dawn today, Monday 16 May. Many artists who have performed live including Machine Gun Kelly who dedicated a song to his future wife Megan Fox

And if she’s very young Olivia Rodrigo was the absolute star of the awards ceremony, with 7 awards, there was also recognition for the all-Italian band of Maneskin who won the Top Rock Song category with the well-known cover of Beggin ‘ which has just surpassed one billion plays on Spotify. Here are the main winners by category

Grammy Awards 2022: all the winners

Olivia Rodrigo, the photos of the artist who won three 2022 Grammy Awards

Coachella, ten moments that we will remember from the 2022 Festival

Great success also for Bruno Mars and for the duo Silk Sonic with Anderson Paak. The former, as a soloist, triumphed as the Top R&B Tour, while together they collected the Top R&B Song award for Leave The Door Open

Dua Lipa reconfirms herself as the queen of streaming and radio. Her Top Radio Song award with Levitating and Top Dance / Electronic Song for Cold Heart – PNAU Remix with Elton John

Boom of prizes also for Doja Cat. She is the true queen of R&B 2022 with the Top R&B Artist, Top R&B Female Artist, Top R&B Album awards with Planet Her and Top Viral Song for Kiss Me More with SZA

Here are the best prizes for the rock category and to whom they were awarded (in addition to Maneskin): Top Rock Artist for the Glass Animals and Top Rock Album for i Twenty One Pilots with Scaled and Icy