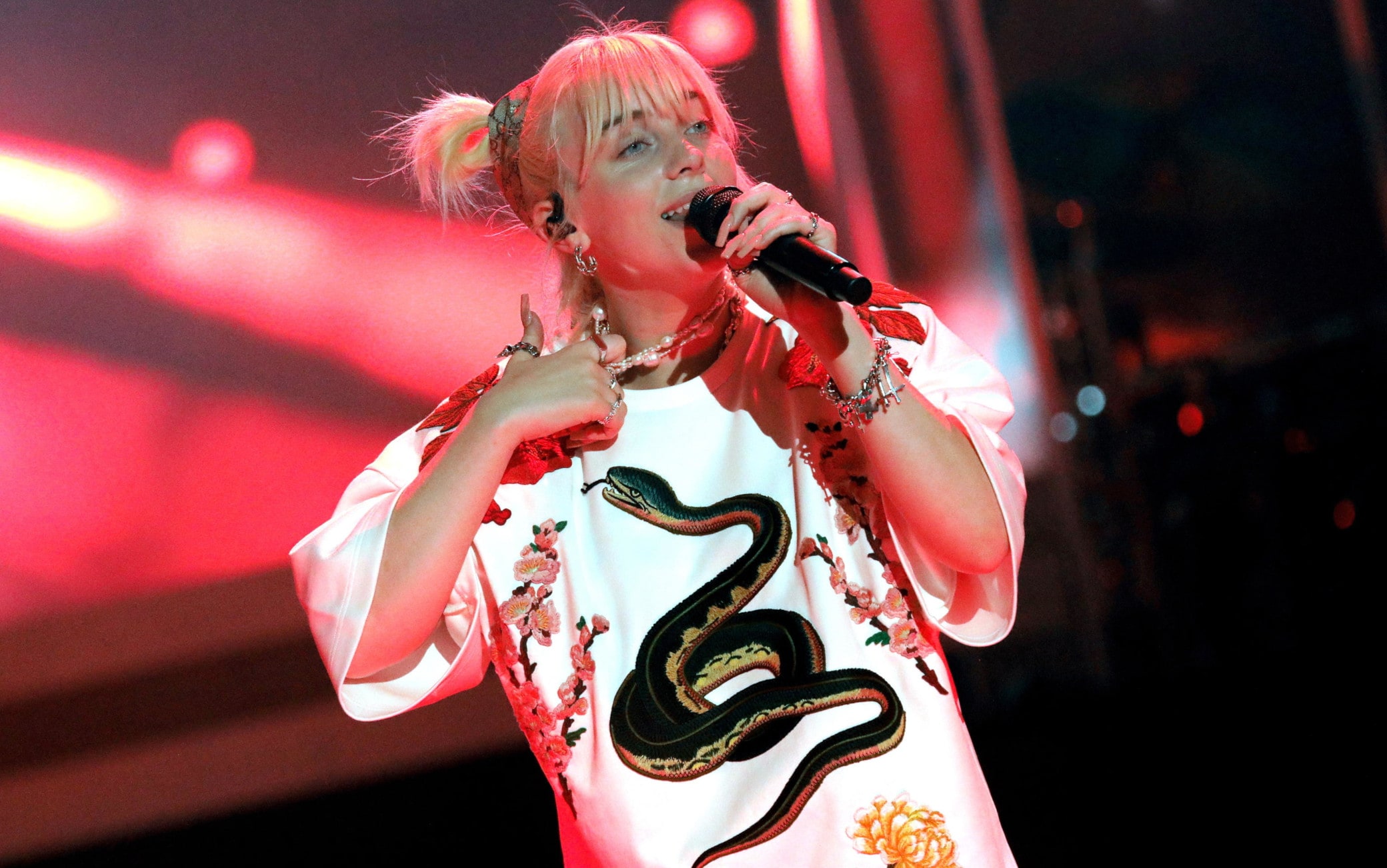 Billie Eilish (born Billie Eilish Pirate Baird O’Connell) turns 20. Born in Los Angeles on December 18, 2001, she is considered one of the most famous and influential pop artists of the modern era. In his career (and we’re just starting out) he has charted a string of hit singles on the Billboard Hot 100, amassed more than 95 million Instagram followers and took home 7 Grammy Awards.

The singer also published an autobiography Billie Eilish: In Her Own Word, which is mostly photographic, so that he can get fans into his life. Inside the book there are images from when she was a child, holidays, shows and much more. He talks about his childhood marked by self-harm and suicidal thoughts in the film The World’s a Little Blurry, released on Apple TV + last February.

The origin of its name

The name Billie Eilish Pirate Baird O’Connell has a bizarre origin: on the one hand there is the grandfather William, called Bill, from whom the name Billie was taken, on the other hand the little brother Finneas, who when his mother brought in womb the little sister was 4 years old and a great passion for pirates. The boy, who is now Eilish’s main collaborator, kept calling his incoming little sister a “pirate”. From that moment everyone in the house called her like this for months and in the end the nickname became in effect an integral part of her personal name.

“I DON’T SUPPORT A CROWD THAT DOESN’T JUMP”

Eilish’s musical career actually began when she was 13 and was at a sleepover. At one point the girl picked up the guitar: “It was the first time I was performing for a group of people I really knew, apart from talent shows and things like that on my own”, said the artist in an interview. Her concerts can never be without involvement with the public. “I can’t stand a crowd that doesn’t jump. I prefer not to put on a show than to have a crowd that doesn’t move. And it all comes from being a fan when I was younger and wanting to move and jump in the crowd “.

The singer won all the major awards at the 62nd Grammy, earning album, record and song of the year awards, as well as best emerging artist. Christopher Cross was the last artist to accomplish that feat at the Grammys in 1981. She is the youngest singer ever and the first female artist ever to do it in one night. In 2020, she became the youngest person on Forbes’ annual ranking of the 100 highest paid celebrities in the world, earning $ 53 million. In 2019 alone, it won 34 awards, including two American Music Awards, three MTV Video Music Awards, two Guinness World Records and two MTV Europe Music Awards and a Brit Awards.

Billie is also the youngest artist to have written and recorded the James Bond theme song, to be precise No Time to Die: “It’s crazy to be a part of this. To be able to compose the soundtrack for a film that is part of such a legendary series is a great honor. James Bond is the coolest movie franchise that has ever existed. I’m still in shock.” the artist had tweeted.

If Billie has masters from whom she is inspired, such as Lana Del Rey, Childish Gambino & Tyler, The Creator, it must also be said that at her very young age she was able to conquer great artists such as Shawn Mendes, Alicia Keys, Jared Leto and Dave Grohl. The Foo Fighters frontman admitted that Billie “is experiencing the same thing that happened with Nirvana in 1991. Her music is hard to define, but it’s authentic and I would call it rock ‘n’ roll. So I don’t care what kind of tools you use to do it. People say, “Is rock dead?” When I look at someone like Billie Eilish, I think “Rock ‘n’ roll isn’t even close to being dead!”

Billie Eilish currently has two studio albums, one live album, three EPs, 30 singles and as many music videos to her credit. It has sold 65 million records. She rose to prominence in 2016 with the single Ocean Eyes, instantly went viral on Spotify. He then decides to create an Ep: he is born Don’t style at me (2017). In 2019 comes the studio album, When We All Fall Asleep, Where Do We Go ?, which is in effect his debut album. According to her mother, it was the horror film that inspired her The Babadook. In March 2019, his debut album hit # 1 on the Billboard 200 chart. Bad Guy, taken from the album, was Eilish’s first number one single in Billboard rankings Hot 100 and won a Grammy in 2020 as Song of the Year.

The latest album: Happier Than Ever

On July 30th it was released all over the world Happier Than Ever. The album, the most anticipated of the year, broke the record with the highest number of pre-add on Apple Music ever. It was anticipated by the singles Your Power (over 91 million views and 150 million streams on Spotify alone and a top 10 debut on the American Billboard Hot 100 chart), Lost Cause And NDA. It was Eilish herself who directed the video clips of the songs. The disc contains 16 tracks including singles released last year Therefore I Am (Platinum certified in Italy) and My future. In an interview released on the occasion of the release of the album, the star told about herself: “I hated leaving the house, attending events, being recognized. I just wanted to be a teenager “, she confessed to the Los Angeles Times. In the lyrics she talks about the lack of self-esteem and psychological violence, and not only that, which she suffered:” It wasn’t me who chose to be abused, I had trauma ” , sings in Getting Older, the song that opens the album. And the individual also speaks of abuse Your Power, released in late April, with 155 million streams on Spotify.