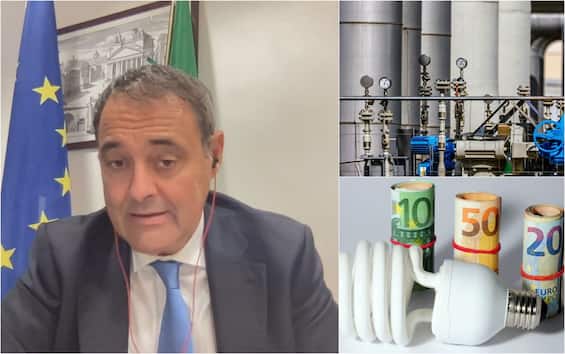 The president of the Regulatory Authority for Energy, Networks and the Environment explained what are the interventions that the public sector has implemented to help needy families and where it is still necessary to intervene, in light of the announced 59% increase in the price of the ‘electric energy

Stefano Besseghini, the president of Arera, the Regulatory Authority for Energy, Networks and the Environment, spoke on Sky TG24, explaining what are the interventions that the public sector has put in place to help needy families and where it is still necessary to intervene, at light of the 59% increase in the price of electricity announced today. Here’s what he said when interviewed by Alessandro Marenzi.

After the announced increase in the price of electricity, should we expect that the price of gas will more or less double in a month?

Besseghini: “No, because we are in a repositioning phase, the alignment would be more contained, compared to the fixed variations. What was avoided in this phase is the peak of 300 euros per mg / W in August which would have influenced the price This is why we worked on monthly payments: this, like others, are all emergency mechanisms that allow operators to be more liquid on the market and consumers to immediately see the effects of certain benefits “.

The state has covered 20% of the increases, the families pay everything else, is this the help from Arera?

Besseghini: “We are on this order of magnitude, but our main intervention is on the general system costs, which weighed 25%: now, however, prices are higher and the incidence is lower. We have completely shielded these increases on bills of vulnerable families, who have access to the bonus. Since this situation has also extended in the fourth quarter of this year, there is a risk that families who do not have access to bonuses will also be heavily affected: here we must work on it, both the authorities that the government “.

There is aid that will expire soon that can be extended, probably also for next year. How long will we have these bills?

Besseghini: “A very difficult forecast, as everyone is clear it is not an endogenous situation in the energy system. Certainly the more we go forward in the diversification of supply sources and in the consolidation and development of the quantity of renewable energy, the more we will notice these benefits on the bills. this winter phase, except for extraordinary situations compared to those seen so far, we will go ahead in an emergency “.

Except for sensational peaks, could the bills drop compared to the current months?

Besseghini: “In the game of collective margins, the price must stabilize sooner or later but I hope it can also hopefully fall soon. Our situation is still transitory and presents still open questions, but, as we manage to consolidate alternative sources, we will have a different impact on supplies “.

What do we gain by consolidating ourselves at our PSV?

Besseghini: “Net of transit problems, the prices of the various European hubs are all rather aligned. Then there are small differences that can be linked to local situations and contingent facts, such as French LNG that cannot be exported to Central Europe or Italy that has full stocks, but this allows us to play for a few days with a slight advantage. “

And the defaulters? We know of the situation of the most fragile families but do we know of some who have difficulty paying? What happen?

Besseghini: “This is one of the reasons that led us to such an intervention: such high changes in the fourth quarter can only increase the cases of arrears and impact on the system as a whole. We need to work on bonuses, even for non-vulnerable families, but we are in contact with the operators and monitor this aspect very carefully “.

Today Germany announced an intervention of 200 billion in debt: what does this mean, that the European intervention no longer makes sense and therefore we intervene locally with the money we have?

Besseghini: “I fear it and it is a danger that exists: however, it would mean forgetting the spaces of solidarity and collaboration and would represent a very dangerous drift that would lead to undesirable differences in the market”.

The Spaniards pay 40% less for gas than Italy, but is the national price cap practicable?

Besseghini: “We believe it is feasible on a European scale because on a national scale for a strongly interconnected country it would not succeed, Spain has a small network and now exports to France, we are very interconnected and we would have a strong export. build a European price cap: in this circumstance we would have a slightly higher production and consumption of gas, even if the energy mixes are very different between the countries and this would imply an assent to the uniformity of all, otherwise it cannot be done “.

Why are we exporting gas at this stage?

Besseghini: “We do it because we have a large quantity in this period and we do not have a large consumption by companies: therefore we sell it to northern Europe”.

Even if it is practically empty, what should we fear from these four leaks in the Nord Stream?

Besseghini: “We must not fear anything because those gas pipelines in particular do not supply the Italian market, we must fear at most a progressive escalation that would reduce the flow we receive from Tarvisio and also from Northern Europe. We have good diversification, a gas pipeline in the making and the reserves are almost full. We are not in bad shape but the situation must be monitored “.

We are fine even if nothing more comes from Russia?

Besseghini: “We do not know what the meteorological winter will be and if the other sources will guarantee us enough supplies, at present we can cross it without problems. The lack of Russian input could give us some problems in some periods but at the moment we do not know. For example. historical case of the decrease in Christmas consumption can be used to replenish the stocks and present us to the next period ready “.

We import 13.4 percent of electricity needs from France and Switzerland, is the cut risk a hoax?

Besseghini: “It is: no one from the French government has ever said anything about it, nor have there been any communications from the Commission de Régulation de l’Energie, the French equivalent of the Arera. However, France’s problems with the nuclear power: out-of-service power plants are reducing the country’s electricity generation capacity, which will consequently involve the use of more gas and imports from countries where it costs less, such as Italy “.