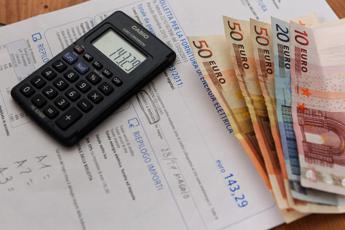 The measures introduced by the Sostegni Ter decree to combat high bills have raised many opposing opinions, both among producers and among large energy users. Regardless of the renewables issue, most professionals see these measures as short-term actions that simply plug the emergency without laying the foundations to facilitate a structural solution to the problem. This was revealed by Fire, the Italian Federation for the Rational Use of Energy, according to which there are currently viable ways to deal with the problem (which are energy efficiency and renewables) compared to those that are being followed now.

Addressing the issue are Dario Di Santo and Alessio Sbarra, respectively managing director and energy engineer of Fire. The Council of Ministers, they recall, approved on January 21 a decree-law (Sostegni Ter) which introduces a series of measures to contain the effects relating to the increase in the prices of energy materials. With the current decree, 1.7 billion euros have been allocated, mainly intended to support businesses, which are added to the 3.8 billion previously assigned through the Budget Law, intended to mitigate the increases for families . In total, therefore, 5.5 billion euros were allocated to face the high bills in the first quarter of 2022.

In particular, to stem the expensive energy, the decree-law provides that the Arera (Regulatory Authority for Energy, Networks and the Environment) “will cancel, for the first quarter of 2022, the rates relating to general system charges applied to users with available power equal to or greater than 16.5 kW ”, having a budget of 1.2 billion euros. Furthermore, through the decree, energy-intensive companies are granted “an extraordinary contribution to partial compensation of the higher costs incurred, in the form of a tax credit, equal to 20% of the expenses incurred for the energy component purchased and actually used in the first quarter of 2022”; a contribution worth approximately 540 million.

Another measure introduced by the decree concerns the tax on ‘extra profits’ deriving from the sale of electricity by photovoltaic systems with a power greater than 20 kW and falling within the Energy Account, as well as from hydroelectric, geothermal and wind power plants, where the incentive does not depend on market prices. “This – underline Di Santo and Sbarra – is perhaps the most controversial measure for a number of reasons. First of all it penalizes only renewable operators, regardless of the economic accounts and the fact that the ‘extra-profits’ can also be made by fossil producers and sellers, as it would seem evident from Putin’s speech on January 26, 2022 at the Italian-Russian Chamber of Commerce, in which the Russian president stated that Gazprom continues to sell gas to Italy at ‘prices much lower than market prices’ “.

Secondly, they add, “it causes difficulties for many operators who have entered into PPA contracts (by definition bilateral contracts) when in other contexts they rightly continue to ask for their dissemination. Finally, it again questions the investment accounts for renewable producers (it seems that almost all activities can generate extra profits in favorable market conditions, except for this category, which should be central to the economic transition) “.

Following the enactment of these maneuvers, add the exponents of Fire, “many opposing opinions have arisen, both among producers and among large energy users. , sees these measures as short-term actions that limit themselves to bridging the emergency without laying the foundations to facilitate a structural solution to the problem. In such a context, it would also have been essential to address the issue of energy efficiency, as a tool effective, able to mitigate the expensive bills in a sustainable and structural way. Before wondering about how energy should be produced, it would be advisable to try to reduce its consumption, following the Energy Efficiency First principle. Italian policy makers “.

For Dario Di Santo and Alessio Sbarra, “particular attention should be paid to energy efficiency precisely because it represents one of the most effective ways not only to meet high bills, but also to reduce costs for emission trading over time (given that impact on emissions “scope 1”), achieve benefits on business competitiveness thanks to the non-energy repercussions associated with the rational use of energy and favor the ecological and sustainable transition of businesses. Among other things, businesses should invest in efficiency energy at this time, thanks to the possibility of taking advantage of a series of support tools aimed at promoting interventions in this area: white certificates, transition 4.0, thermal account, Ecobonus, Bonus Casa, Superbonus 110, Pnrr, in addition to regional and local initiatives “.

To take advantage of this opportunity, they say, “it would be appropriate to promote it effectively, possibly providing discounts on higher bill charges for those who carry out interventions by the end of the year, and to ensure that support measures for energy efficiency take on more and more importance. stability (starting from tax deductions, which have suffered from the excesses of the superbonus, a spot measure par excellence on which it will be necessary to intervene several times at a legislative and regulatory level). considered non-priority: just think of the decrees to improve the thermal account and the National Fund for energy efficiency which have been lost track and the various implementing measures of the innovations introduced last year for the Ministerial Decree of 11 January 2017 on white certificates, in in particular, the various accompanying and support measures and the decree on auctions if the ‘reinforcements’ of personnel arrived in advance in 2021, everything would be simpler: this is also a priority “.

“Although we are aware that it is not easy to find solutions capable of offering rapid and politically salable answers to expensive bills – they conclude – like Fire, we believe it is essential that measures based on renewable sources and energy efficiency be proposed. extra profits could also be a way, but only if followed for all producers, traders and sellers of energy on the basis of real economic accounts, and not only penalizing those who should help us transform the energy system with a view to decarbonisation “.