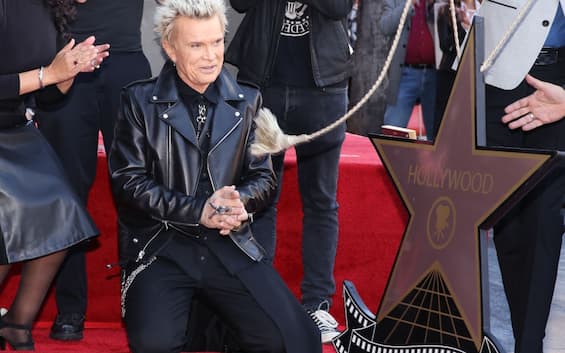 Rock legend Billy Idol received his star on the Hollywood Walk of Fame. The ceremony was held on January 6 in Los Angeles and in addition to the star, Lupita Sanchez Cornejo, president of the Hollywood chamber of commerce, the artist Shepard Fairey (creator and author of Barack Obama’s ‘Hope’ manifesto and cover designer of many Billy Idol albums) and fellow American rocker and friend Henry Rollins.

The words of the artist

“We were making music in the mid-seventies in the punk-rock era: there wasn’t much to hope for then – said Idol, British by birth and American by citizenship since 2018 – We decided that, if there is nothing, if not there’s a future, we’d do what we liked to do and that’s what I did. I made music that I loved. For no other reason.”

Idol has had a remarkable career, with over 40 million records sold worldwide, and is still in business 45 years after it was first recorded. The last two studio albums are The Roadside And The Cage, released in 2021 and 2022. The star, in recognition of his contribution to the music industry, was positioned on Hollywood Boulevard in front of the windows of the Amoeba Records record store.