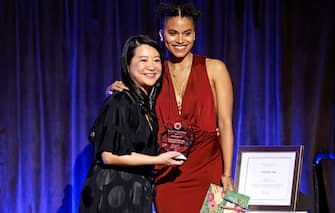 Variety has unveiled the super cast of season 6 of Black Mirror, the famous Netflix anthology series (also visible on Sky Q and via the app on Now Smart Stick). While the names have yet to be confirmed by Netflix, Variety confirms the certainty, the episodes would already be in production

WATCH THE VIDEO: Black Mirror, 5 curiosities about the TV series

Black Mirror, Netflix is ​​working on the sixth season

The cast announced by Variety would cover the first three episodes of the new season. Among the actors, there will also be the British Paapa Essiedu, Kwame in the TV series I May Destroy You for which he earned an Emmy nomination

Newer names are joined by screen veterans such as Josh Hartnett. Among the most famous titles of him, we find Slevin – criminal pact And Black Dahlia

Josh Hartnett, all the films of the actor

Then follows Aaron Paul, loved by everyone as Jesse Pinkman’s breaking Bad. Her performance earned him three Emmy Awards

The first three episodes will also participate in Kate Mara, Hayden McClaine from the anthological series American Horror Story: Murder House and Zoe Barnes in the TV series House of Cards – The intrigues of power

The sixth season of Black Mirror comes after a period of uncertainty, but it should contain more episodes of season 5, which had only offered three to the public. The protagonist in the first new episodes will also be Danny Ramirez

The best TV series to watch in July 2022. PHOTOS

Among the actors we also find the Danish Clara Rugaard, protagonist of the British series by Sky The Rising

Directly from This is Us American actress Auden Thornton arrives