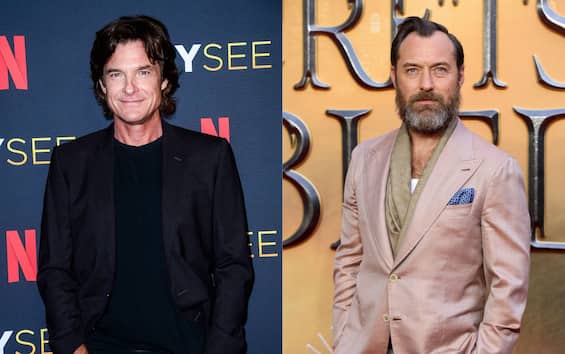 Jason Bateman And Jude Law are developing the miniseries Black Rabbit for Netflix. Both actors will star in the project and will also be executive producers. Here’s what we know.

Black Rabbitwhat do we know about the Netflix miniseries

To write the miniseries Black Rabbit they will be Zach Baylin and Kate Susman, but plot details have not yet been revealed. Baylin and Susman’s Youngblood Pictures, as well as Aggregate Films, la Bateman production house with Michael Costigan and Riff Raff Entertainment, by Law and Ben Jackson. Black Rabbit will bring Jason Bateman back to Netflix after the conclusion of Ozark in April of this year. The actor was in fact the protagonist of the drama series, one of the most successful in the history of the platform. According to the numbers self-reported by Netflix, in fact, season 4 is in the top ten of most viewed of all time. The cast of the series also garnered nominations for various television awards each year, and Julia Garner won the 2022 Emmy Awards for supporting role. Bateman will also be executive producing on Florida Man for Netflix and will be co-creator and producer of Based on a True Story for Peacock. As for instead Jude Lawrecently appeared in Fantastic Beasts: Dumbledore’s Secrets and will perform Captain Hook in the Disney movie Peter Pan & Wendyas well as Henry VII in Firebrand by Karim Aïnouz. On the small screen it will appear in the Disney + series Star Wars: Skeleton Crew.

In addition to the commitments already mentioned, Jason Bateman will also be directing of a new thriller for Netflix based on the book Dark Wire, written by journalist Joseph Cox, which will be inspired by real events in the world of FBI agents. The actor will collaborate with the production company 21 Laps, by Shawn Levy, Dan Cohen and Dan Levine. The film, as well as the book, will tell the true story of how the FBI created a fake telephone company, managing to offer the “services” of the company to some of the most famous gangs in the world to be able to arrest international criminals. The script will be Matthew Orton.