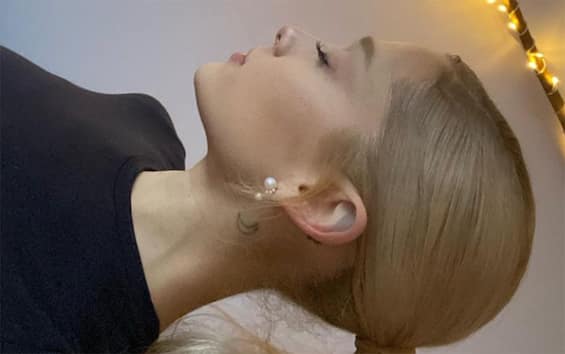 Ariana Grande went blonde. The pop star, notoriously brunette, has unveiled on Instagram the new look of her, made necessary by the new work commitment.

The 29-year-old singer showed off a new hair color on Instagram: a platinum blonde very different from the brown to which he has always accustomed us. The last time Ariana Grande went blonde was for the video of Thank u, nextinspired by the film Mean Girls. The change, made byhairstylist Francesco de Chiara, is probably motivated by work needs. Ariana Grande, in fact, will play Glinda, the good witch of the Wizard of Oz, in the film Wicked. “I really enjoyed reviewing Wicked… A fantastic production! He made me realize once again how much I wanted to play Glinda sooner or later in my life! ” she wrote the pop star on Twitter.

Wickedwhat do we know about the film

Currently Ariana Grande is shooting in Londonand therefore to see the film we will have to wait until 2023. Wicked is a musical film, a film adaptation of the Broadway opera inspired by the novel Witch – Chronicles from the Kingdom of Oz in revolt by Gregory Maguire, in turn a reinterpretation of the 1900 novel The Wonderful Wizard of Oz by L. Frank Baum. Initially Maguire’s book was supposed to become a film, but then it was decided to make a musical, with libretto by Winnie Holzman and music by Stephen Schwarz. After 18 years, the show premiered on Broadway in October 2003 and still continues to run. Directing, Jon M. Chu, who took over from Stephen Daldry. The story told in the Broadway musical revolves around thefriendship between the two witches, Elphaba, the Evil Witch of the West, played by Cynthia Erivo and Glinda, the Good Witch of the North who will have the face of Ariana Grande. Elphaba in the film is not represented as an evil witch, on the contrary: she is a nonconformist and revolutionary woman, characterized by green skin and ready to challenge the power of the Wizard of OZ. Glinda has been a great friend of her since the days of Shiz University.