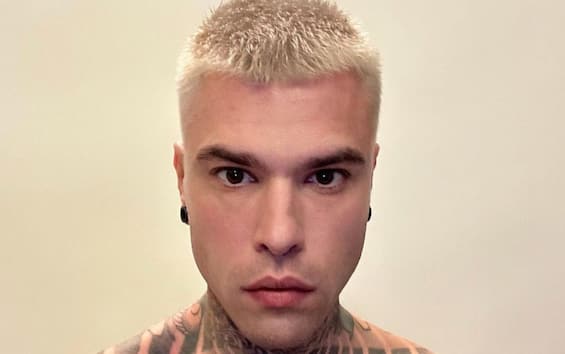 A day full of news for fans of Fedez who, via Instagram, in a few hours, officially learned of the conquest of Gold Record by the rapper for Viola – the single made with Psalm and released o last October 14 – and have been able to appreciate the new cut of the thirty-three year old.
With her new hairstyle, very short and platinumthe singer also surprised his wife Chiara Ferragni and in the photo on his profile he commented: Now I look a little more like my children”.

While Chiara Ferragni is very busy with the decorations of her Milanese home for Christmas (a season that also sees her involved in the promotion of the products of her Chiara Ferragni Brand line) Fedez enjoys changing her look making her the protagonist of one of the many domestic gags that the fans of the couple.
The rapper has filmed his wife’s reaction in front of his new cut, unusually short by the standards of the artist and TV personality. “So cute!” the influencer exclaimed. “What are? A ferret?” replied the singer with his proverbial irony.

It is not the first time that Fedez dare with the color of her hair. Over the years, the rapper has sported both natural and natural shades fun and punk undertones.

Even the platinum blondefrom roots to ends, it’s nothing new for him: his fans will remember the tincture previewed on the social networks of thesummer of 2019a bleached blonde almost white. In that case, the radical change was justified as a (smart) remedy to mask the arrival of gray hair. Also this time Fedez jokes about her and in her first selfie on Instagram she points out to her followers that the chosen color is the same blond as her children, little Leone and Vittoria. Now father and sons look even more alike.

The look similar to that of Justin Bieber

While Fedez received his wife’s very tender reaction, his fans on the social network are there go wild with compliments and funny comments,

The artist’s look was more than approved by followers of Fedez, over fourteen million on Instagram, and many have pointed out to him that with the new color, more than the children, now looks like justin bieber which for some seasons has been sporting this cut and this shade of blond.
Fedez, who had anticipated his move with a story in which he announced a “crazy” twist, still seems very satisfied of his choice of style and in these hours he is taking a lot of photos, for the benefit of his admirers.