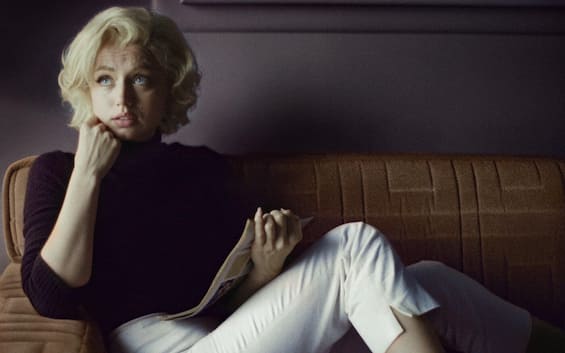 Andrew Dominik signed the film Blonde that will tell the story and the most secret sides of the Hollywood icon. In the past few hours Netflix has released the trailer in Italian showing scenes and sequences from the film starring Ana de Armas (PHOTO).

Great anticipation for the work that will retrace the actress’s private and public life. Ana de Armas will be Marylin Monroe in the film presented at the 79th edition of the Venice International Film Festival.

The YouTube channel of the streaming platform (also visible on Sky Q and via the app on Now protagonists Stick) has distributed the trailer providing an exclusive look at Blonde based on the novel of the same name by the American writer Joyce Carol Oates.

blonde, the cast and the plot

The film will see in the cast Adrien Brody in the role of Arthur Miller, Bobby Cannavale as Joe DiMaggio e Julianne Nicholson in those of Gladys Pearl Baker, mother of the actress.

Parallel to the release of the trailer, Netflix Italy released the official synopsis in the caption of the movie: “In this bold and ingenious filmdirector Andrew Dominik retraces the troubled life of Marilyn Monroe and also explores the most hidden sides of the famous Hollywood icon ”.

Finally, Netflix Italy has also relaunched the distribution date of the film that will make its arrival on the streaming platform (also visible on Sky Q and through the app on Now protagonists Stick) in a few weeks, or the 28 September.