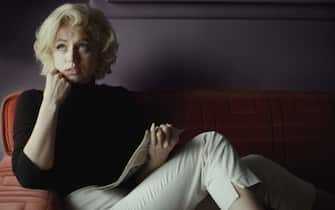 Ana De Armas’s Marilyn Monroe will have nothing to envy to the previous versions of the star who have inhabited the big screen. This is the impression at the sight of the new shots of the Cuban actress protagonist of Blondethe new film by Andrew Dominik which, after the preview of the Venice Film Festival, will arrive in streaming from 28 September

The new photos of Blonde they show the protagonist in different stages of the film that correspond to different periods in the life of the great movie star. In this photo De Armas is with Adrien Brody who in the film plays the playwright Arthur Miller who was Monroe’s husband

Blonde, the trailer for the film with Ana De Armas in the role of Marilyn Monroe

From the images of the trailer it is evident that the narration of Marilyn’s life also passes through that of her career, short and full of successful films. The metacinematographic aspect of the film will be particularly interesting

Blonde, the teaser trailer of the film with Ana De Armas

Many shots starring Ana de Armas will be familiar to Marilyn Monroe fans. It is evident, both on the part of the actress and the filmmakers, the effort to re-propose in contemporary times poses and settings that are part of the iconography of the diva

Marilyn Monroe, photo story of the icon diva of cinema

The trailer of the film reveals the backbone of the narrative in which Marilyn Monroe, the diva, is contrasted with Norma Jeane, the fragile girl full of trauma and insecurities. However, there are great moments of glory such as the première de Men prefer blondesone of the great titles of the actress’s filmography

WATCH THE VIDEO: The best films of Marilyn Monroe

Another photo illustrating a memorable scene from Monroe’s career: it is the sung and choreographed one of Men prefer blondes in which the actress performs on the notes of Diamonds Are a Girl’s Best Friend, also trailer soundtrack

WATCH THE VIDEO: What we know about Blonde, Marilyn Monroe movie

This other shot, in black and white, takes up another famous photograph that portrays Marilyn at the time of the cult When the wife is on vacationa 1955 film by Billy Wilder

Andrew Dominik, director of Blonde biopic: “it will offend everyone”

The trailer launched the claim “Watched by everyone, seen by no one” which summarizes the theme of the profound discomfort that has accompanied Monroe’s entire life. In fact, there is no lack of sequences concerning the darkest moments of his existence

A photo that shows the precision with which the poses of the real characters were replicated by the protagonists of the film. Here De Armas poses with Bobby Cannavale who lends the face to Joe DiMaggio, who was married to Monroe for only a year

Another pose taken on the model of some historical Monroe photos. In the company of De Armas are set colleagues Xavier Samuel and Evan Williams