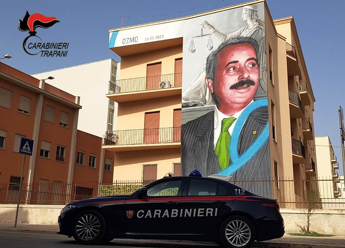 Assets for over one million euros were seized by the Carabinieri of the Investigative Unit of the Provincial Command of Trapani who carried out an order for the seizure of properties, vehicles, current accounts and company shares, issued by the Court of Trapani – Prevention Measures Section , aimed at the application of an asset prevention measure, at the request of the Dda of the Public Prosecutor of Palermo, against Francesco Domingo, “an offender already convicted of mafia association, considered the head of the” mafia family “of Castellammare del Golfo, until the arrest made by the Carabinieri of Trapani in June 2020, as part of the operation called “Cutrara” “, say the Carabinieri.


This apical role, according to the investigations still under the judiciary, would also have been recognized by Mafia exponents for some time also present in the United States of America. In fact, there have been numerous visits, documented by the Carabinieri, of exponents of the Italian-American Bonanno mafia family from New York who updated the Castellammarese mafia leader on the dynamics and balances of the Cosa Nostra overseas. The role of the recipient of the prevention measure in the mafia faction is “deducible already from the procedurally ascertained in 2002: Domingo had even taken care of the organization of a meeting between Gaspare Spatuzza and Matteo Messina Denaro, both fugitives, during which they were hired decisions on the custody of weapons available to Trapani mafia families “, say the Carabinieri.

The provision arises from the rigorous patrimonial assessments carried out by the Carabinieri which revealed a disproportion between the value of the Domingo’s assets (even formally in the name of relatives or kin of the proposed one) with respect to the income capacity of the same. The Court of Trapani – Prevention Measures Section, sharing the proposal for the application of the asset prevention measure, issued a decree, pursuant to the current anti-mafia legislation, with which it ordered the seizure of an individual company dedicated to viticulture, land (including the one in which the Carabinieri had found weapons and ammunition as part of the aforementioned Cutrara operation), rural buildings, a warehouse and 2 current accounts, for a total estimated value of around one million euros.